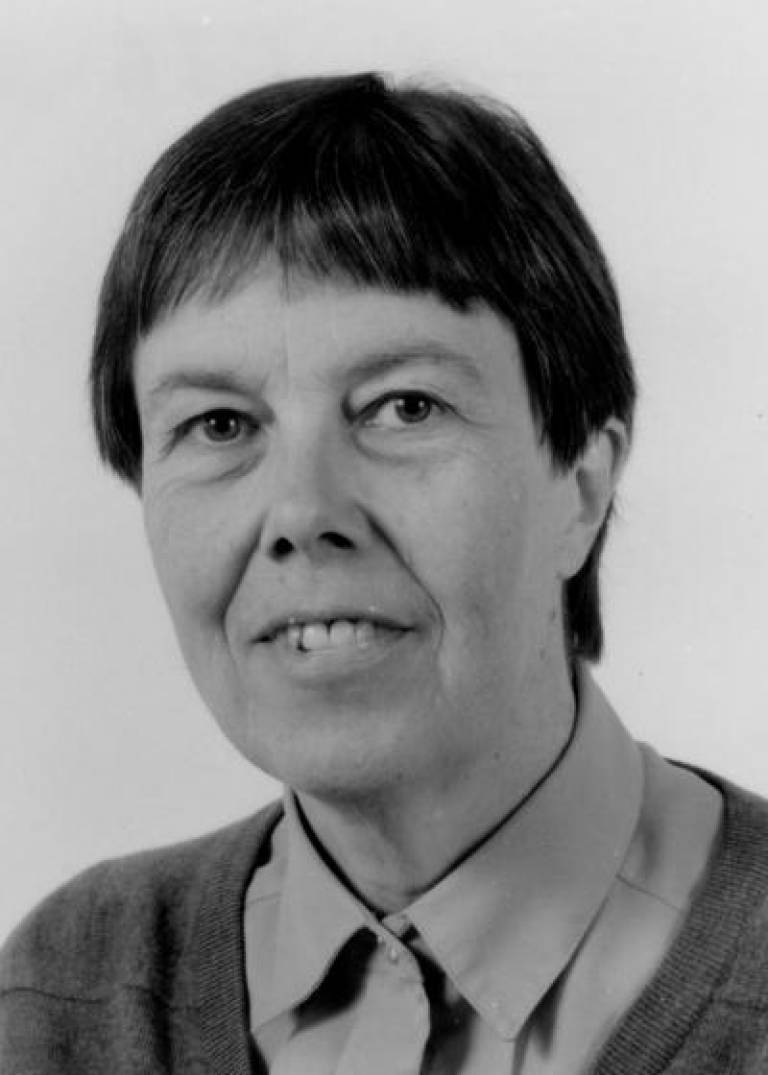 The Department of Mathematics is sorry to announce that Susan Brown, Emeritus Professor of Mathematics, died on Thursday 10 August 2017 at the age of 79. Professor Brown's career at UCL spanned over 40 years during which time she established herself as one of the UK's leading contributors to theoretical fluid mechanics. She made important and long-lasting contributions to viscous flow theory, separation, hypersonic boundary layers, vortex breakdown and hydrodynamic instability.

It was her collaboration with Prof Keith Stewartson FRS, which must surely rank as one of the 20th century's most productive partnerships in fluid mechanics. Together they published 29 papers and pioneered early developments of 'triple-deck' theory, which, in turn, enabled resolution of long-standing questions in steady and unsteady trailing-edge flows, and addressed associated important aerodynamic applications. Another area for which Professor Brown was especially renowned was a series of discussions of critical layers, especially effects of viscosity and nonlinearity and applications to geophysical flows such as atmospheric jets. Professor Brown was a superb analyst and her work was characterised by clever and determined use of asymptotic methods and allied computations.

Susan North Brown was born 22 December 1937 in Southampton. She was an undergraduate at St Hilda's College, Oxford, where she obtained a first class degree in mathematics and a junior mathematical prize, in 1959. She then studied for 2 years for a DPhil in Oxford under the supervision of Professor G. Temple before moving to the University of Durham to complete her DPhil. It was here she started her remarkable and long-lasting collaboration with Stewartson, first through a temporary Lectureship in Durham, a Lectureship in Newcastle and then, in 1964, her Lectureship at UCL, Readership in 1971 and eventually as Professor from 1986. We believe that Professor Brown was the first female in the UK to be appointed to a Professorship in Mathematics, a source of pride for the department, but a date, which seems all too recent from a gender equality point of view.

Professor Brown earned an international reputation for her research. In addition to Stewartson, Professor Brown's collaborators included HK Cheng, Norman Riley, Frank Smith FRS and Sidney Leibovich. During her UCL career, she was a visiting researcher at several overseas institutions including Cornell, University of Southern California and she spent time as a visiting consultant at the Royal Aircraft Establishment in Farnborough. She successfully supervised six PhD students.

In 2003, a meeting was held at UCL to honour her 65th birthday (along with Professor Michael O'Neill) with guest speakers including her former PhD student Professor Peter Daniels, and Norman Riley and Sidney Leibovich.

Professor Brown was also an outstanding teacher, inspiring to both students and staff, many of the latter being mentored by Susan. She was often assigned large first year classes in mathematics and engineering. She also contributed to the smooth running of the department, notably her efficient Chairing of the Mathematics Examination Board. Professor Brown had a fine sense of humour and was ever-present and ever reliable; her loyalty will be treasured in the department.