Read about the work Professor Andrew Coates has done in the Mullard Space Science Laboratory, including work on multiple space missions, research into life on Mars, and public engagement.

Professor Andrew Coates is a UCL Professor of Physics and Deputy Director (Solar System) of the Mullard Space Science Laboratory (Department of Space & Climate Physics). He leads the PanCam team on the ESA-Russia ExoMars 2020 rover. 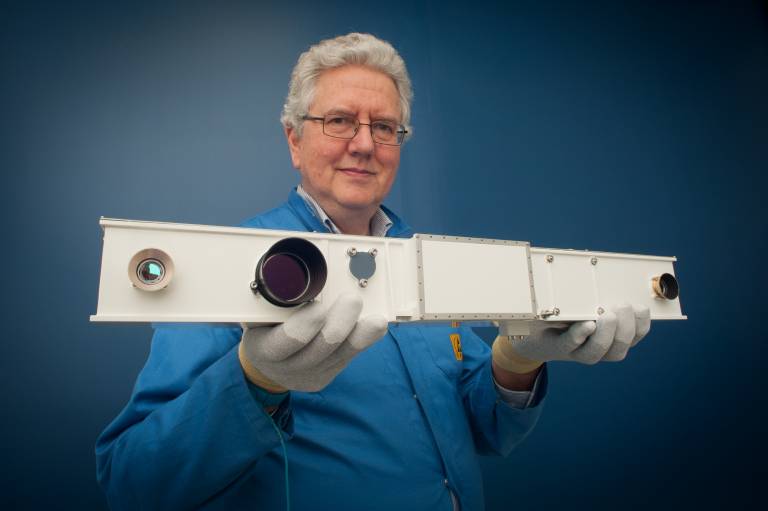 Following his first degree at UMIST, Andrew did an MSc and DPhil in Plasma Physics at University of Oxford. Apart from extended visits to MPS, Germany and BRI, University of Delaware, and a media fellowship at BBC World Service, he has been at UCL MSSL since 1982.

Andrew’s scientific expertise includes plasma, the 4th state of matter beyond solid, liquid and gas, and its interactions with planets, comets and moons in the solar system, and studies of planetary surfaces. Andrew counts himself lucky and privileged to have been involved in many space exploration missions in his 36 years at UCL. These include key roles in instruments for the AMPTE, Giotto, Cluster, Cassini, Venus Express and Mars Express missions, and for the Beagle 2 lander which almost worked on Mars. He led Beagle 2’s Stereo Camera System and was lead co-investigator for UCL’s Electron Spectrometer (ELS) on the Cassini mission.

He discovered signs of pre-biotic chemistry in Titan’s atmosphere with very heavy organic ions which float to Titan’s surface to form dunes, found water clusters in the Enceladus plume and studied photoelectrains at Earth, Venus, Mars and Titan. Many studies at UCL and beyond have used the Cassini ELS data, and he recently compared aspects of AMPTE and Giotto results with Rosetta data at comet 67/P Churyumov-Gerasimenko. He has worked with many excellent PhD students and postdocs over the years on the exciting results.

Andrew is now Principal Investigator for the PanCam instrument on the ExoMars 2020 rover, which will search for signs of past or even present life on Mars, following its landing in March 2021. As with all MSSL’s instruments the key strength is the collaboration between scientists and specialist engineers working together to make the instruments work correctly – from design through build, test, calibration, operations to deliver the science. 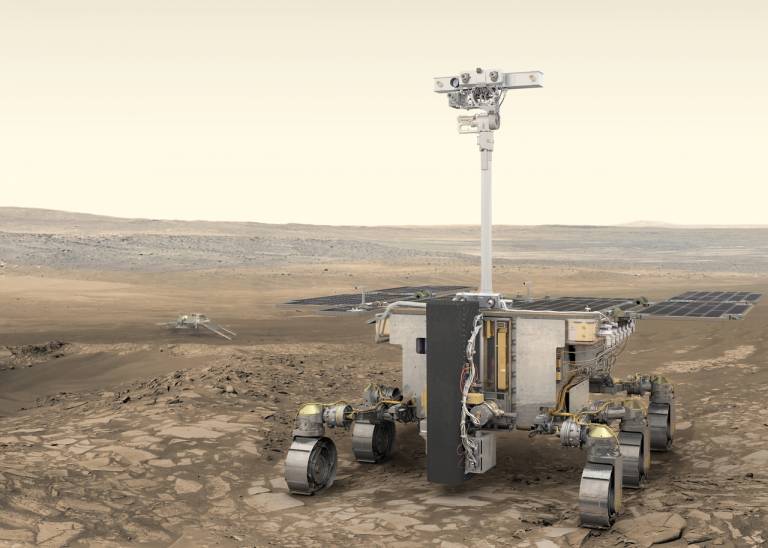 All of these instruments represent a large team effort. For example, internationally, the PanCam team includes Germany, Switzerland, Austria and Wales, and a multi-national science team.  At UCL MSSL the PanCam project manager is Mary Carter, system engineer Tom Hunt, electronics specialists Bruce Yu and Barry Whiteside, and mechanical/thermal engineer Craig Theobald. On the science side, the Instrument Scientist is Andrew Griffiths and PanCam operations manager is Craig Leff. But many more engineers in the mechanical and electronics workshops, as well as PA specialist Alan Spencer have contributed and are still working hard to deliver the instrument in time – as are his international colleagues.

As well as the science and instrumentation, Andrew loves public outreach and engagement, as he feels that because the general public are ultimately funding the work (via the UK Space Agency, STFC, ESA etc) they should be involved in the excitement of space exploration. In the last 5 years, this has included 6 appearances on BBC R4 Today, and over 260 additional radio, TV, print and web media appearances (including BBC R4 ‘In our Time’ on Saturn, Horizon on Oceans in the Solar System, BBC News, etc). He is active in giving public engagement talks to schools and public groups (over 65 talks in the last 5 years, including schools, Winchester & Herstmonceux Science Centres, European Astrofest, U3A, Steyning Festival and two UCL lunchtime lectures). He has also actively participated in several Royal Society exhibits including Aurora Explorer, Ice Worlds and A Comet Revealed. He writes frequently in The Conversation on space and science topics, with a readership of over 815,000 of his 15 articles in the last 3 years.