At the height of the Space Race, after the Soviet Union had stolen a march by launching the first satellite as well as the first man into orbit, the United States decided to set their targets on the Moon.

The unmanned Lunar Orbiter missions in 1966 and 1967 prepared the ground for Apollo by mapping the surface of the Moon from space. One byproduct of this is a remarkable series of photos from Lunar Orbiter I, which are the first pictures of the Earth taken from beyond the Moon.

1966 Lunar Orbiter picture of the Earth and Moon 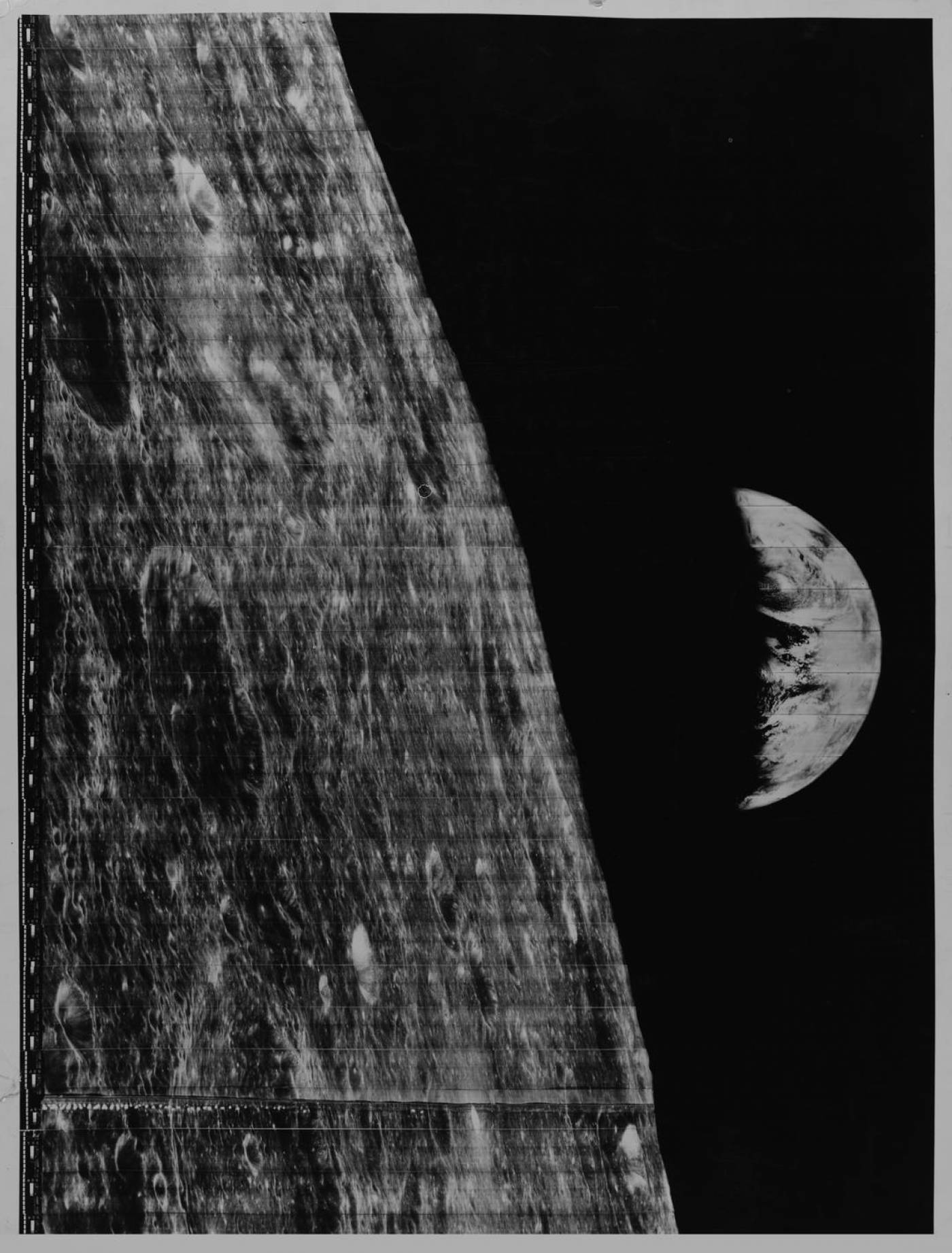 Advances in data processing techniques since then, as well as the availability of sophisticated computer software mean that even old data like these can be given a new lease of life.

In 2008, NASA reprocessed and re-released part of another of these iconic images. The differences are quite startling.

Reprocessed 1966 Lunar Orbiter picture of the Earth and Moon

The scanlines disappear, and the contrast and resolution are dramatically improved.

Historic and archival data like this can sometimes still be of use to scientists. 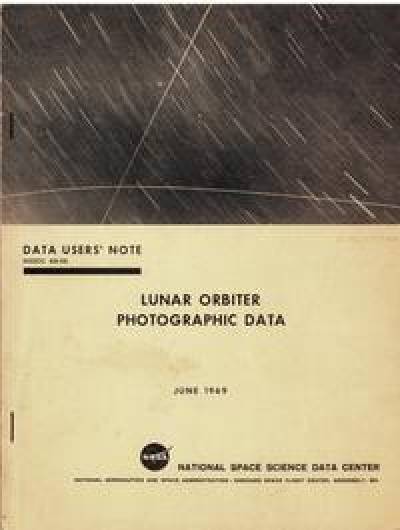 Shortly before the first manned landing, NASA published a catalogue of all their data from the Lunar Orbiter programme, entitled Lunar Orbiter Photographic Data. This features maps of the entire Moon, with the locations, sizes and shapes of all Lunar Orbiter photos marked on them, along with extensive technical information.

A copy of this book exists in UCL’s  archives. Among its pages is the mapping of the area Apollo 11 landed in, the Sea of Tranquility (Mare Tranquilitas here). This is located towards the right of this sheet, where the imaging (marked in red) is densest. 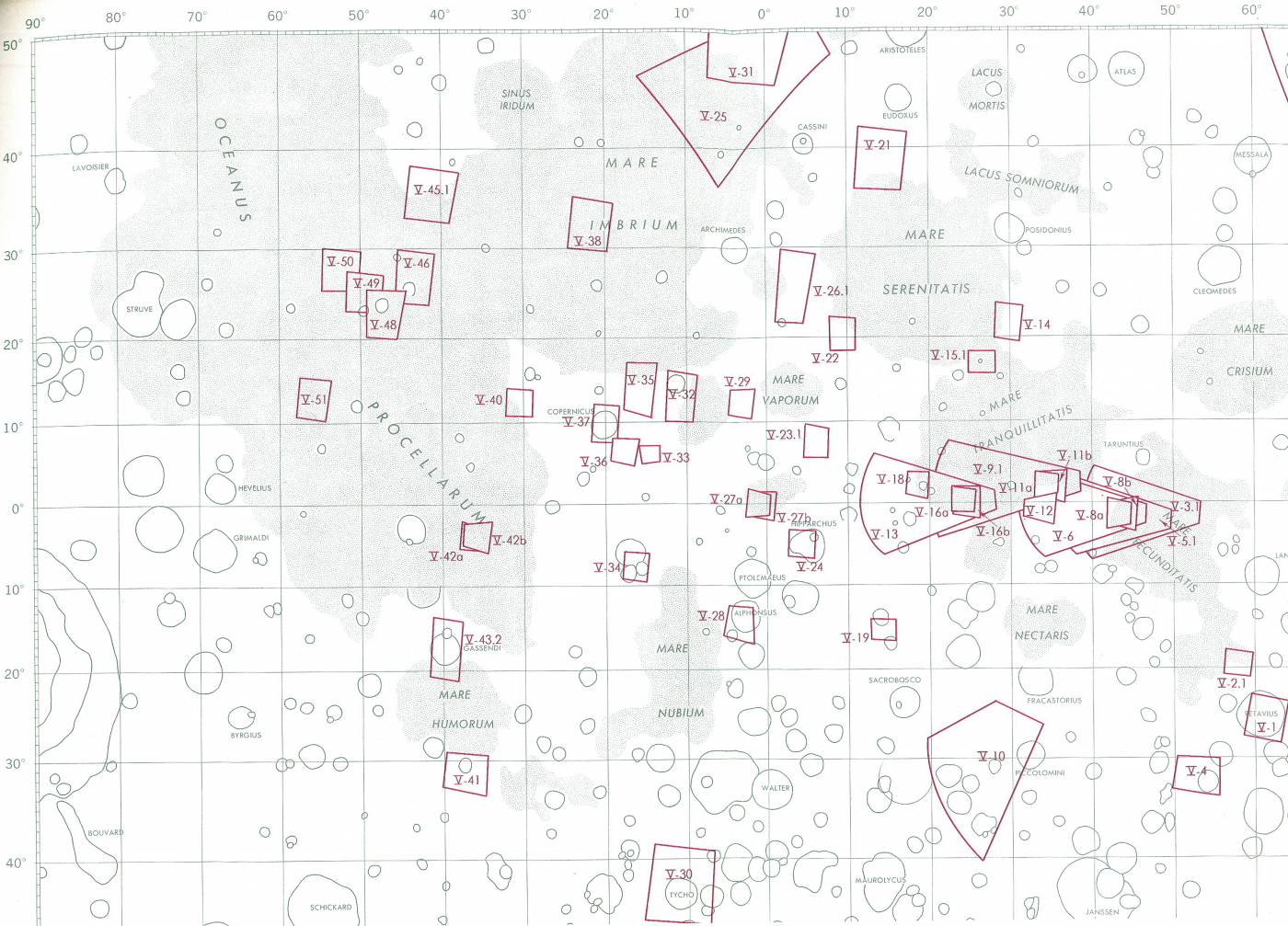