Opinion: Why England should pursue a 'vaccine plus' strategy

Instead of relying on vaccines alone, countries such as France and Germany are using extra measures to keep cases and deaths low - England should follow their example, argues Professor Christina Pagel (UCL Mathematics) in a co-authored piece with Professor Martin McKee. 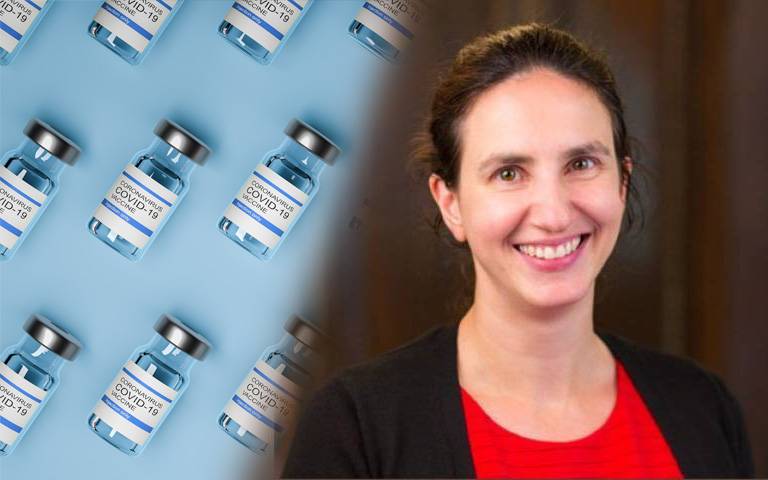 Only two months after being forced at the last minute to “cancel Christmas” in 2020, Boris Johnson committed to a “cautious and prudent” roadmap out of lockdown that recognised the evolving epidemiology of the virus. But memories are short. On 19 July, all social distancing and face-covering requirements, as well as limits on the number of people at indoor or outdoor events, were lifted in England. As the summer progressed, international travel restrictions were eased and fully vaccinated people and children were no longer required to isolate if they had been in contact with someone who contracted Covid-19.

Some people in England, and many more elsewhere, watched with astonishment. Israel, a world leader in vaccinations, was already seeing the beginning of a rapid increase in cases driven by the new Delta variant. England had a rising number of cases; 54% of the population was fully vaccinated by 19 July. CNN, capturing a widespread view, called England’s approach an “experiment” (a leader in the Irish Times prefaced that word with “reckless”). Fortunately the large increase in cases that some feared would arrive after 19 July didn’t materialise. According to the Sage modelling subgroup, this was largely due to a slow return to pre-pandemic behaviour, school holidays and continued home-working.

Yet cases have remained high and mostly flat well into the autumn. Since 1 June, there have been almost 3m confirmed cases of Covid-19 in England. Rather than prompting concern, this seems to have instead resulted in a perception that England has transitioned to “living with the virus”. Each week in England there are still more than 500 deaths and between 150,000 and 200,000 confirmed cases of Covid-19, too many of which will transition into long Covid. Yet these numbers are rarely discussed. Presumably they are considered a necessary price to pay for the majority to get back to living a normal life (of course, many of those who are clinically vulnerable, and their family members, do not feel able to enjoy this return to normality).

A common perception is that England has navigated its way out of the pandemic more successfully than most through vaccination, or that, at the very least, other countries are in the same boat as us. Yet England has one of the highest burdens of Covid in Europe, measured by the weekly number of new cases per million people, exceeded only by the three Baltic states, Serbia and Romania. England’s case rates are eight to 10 times higher than some of the best performing countries, such as Spain and Portugal.

England is not unique in struggling with the Delta variant, which now accounts for almost all cases across Europe. So why are our closest neighbours achieving much better health outcomes given that they, too, have their children back at school, their students back at university, and their business and leisure facilities open? The reason comes down to strategy. While Germany, France, Spain and others have pursued a “vaccine plus” strategy, England has opted for a “vaccine just” strategy.

Both strategies require vaccinating as many people as possible. Earlier this year, much was made of our rapid start to the vaccination programme. Yet England is now falling behind on this. It had fully vaccinated 67% of its entire population by the beginning of October, far lower than countries such as Portugal (85%), Spain (79%), Denmark (75%) and Ireland (74%). Crucially, much of the rest of Europe began vaccinating teens early in the summer, ensuring a high proportion would be protected when schools reopened.

Now to the “plus” bit. Face coverings and vaccine passports remain widespread across western Europe. Anyone who has visited France over the summer will have seen the routine use of the TousAntiCovid app in bars and restaurants. Masks are required in indoor public spaces and public transport in France, Germany, Portugal, Italy, Spain and elsewhere. Yet in England these measures will only be implemented if the government moves to its “Plan B”. Many countries have also made major investments in ventilation and filtration, while some have made CO2 monitors compulsory in certain settings, such as hospitality venues. While England recently decided to fit schools with CO2 monitors, until recently it relied on simply advising people to open windows where possible. Schools across Europe have a range of protections in place to reduce cases in children, including masks, bubbles and distancing. In England these measures have been scrapped, although some schools and councils are now reintroducing them in the face of high case rates in school children.

England, not for the first time, is the odd one out in Europe. The Sage modelling subgroup Spi-M warned of the potential for new surges this autumn and considered that “a relatively light set of measures could be sufficient to curb sustained growth” – advice the government has, once again, ignored. If it looked to its European neighbours, England might realise that they are already doing just this. They are demonstrating that there is a way to be fully open while keeping cases low. It’s “vaccine plus”. It works. And we should be doing it.

This article was originally published in The Guardian on Thursday 8 October 2021.