Marcel Mordarski, Lau Pak To, and Louis Sharma are the authors of the paper on “Quadcopter Stability in Wind” awarded a silver medal at last year's University Physics Competition. 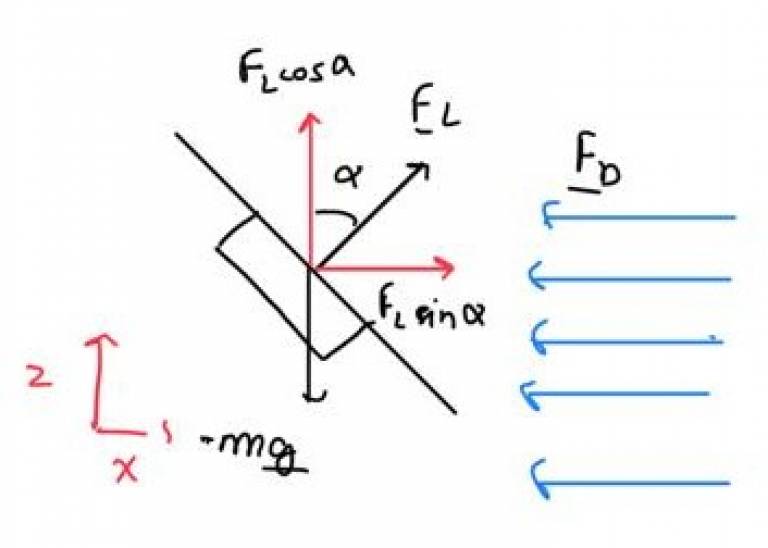 The thrilling news broke out at midnight on Monday, January 18th, when the ranking of almost 350 undergraduate student teams’ submissions from across the world was published. “Never have I done anything that lasted that long straight, not a single binge-watching of the newest series, but the writing of a scientific paper. 48 hours of Physics!” – said Marcel, referring to the format of the competition. It consisted of a two-days-long window to write a scientific paper and submit the work. He then added: “Without the slightest doubt, though, it was worth bringing the guys into this, as we produced a valuable piece of scientific writing and had a lot of fun.”

This year, students could write a paper on either of two topics: “Ion Thrusters to Saturn” or “Quadcopter Stability in Wind.” As Louis explained, the UCL team chose the latter “because the technology of UAVs (unmanned aerial vehicle) is gaining in popularity; Amazon delivers some of its shippings using drones.” The problem specifically required the team to come up with strategies of steering the UAV so it stays within 20cm of a target location in windy weather. On top of this, the second-year students had to evaluate the greatest speed of the wind that a drone within given parameters could withstand whilst remaining controllable. “Our simulations showed that it heavily depends on the movement of the drone. It matters if it rotates, if it moves upwards and so on. We were kind of lucky as we practised on mechanical problems that were similar in nature” – Louis admitted.

The team was mentored by Frank Kruger, Associate Professor of Theoretical Condensed Matter Physics at London Centre for Nanotechnology. He registered the team, reviewed students’ practice papers and gave insights into the technicalities of scientific writing during weekly meetings. “Hopefully, we will also have teams in future years” – Prof. Kruger added enthusiastically. 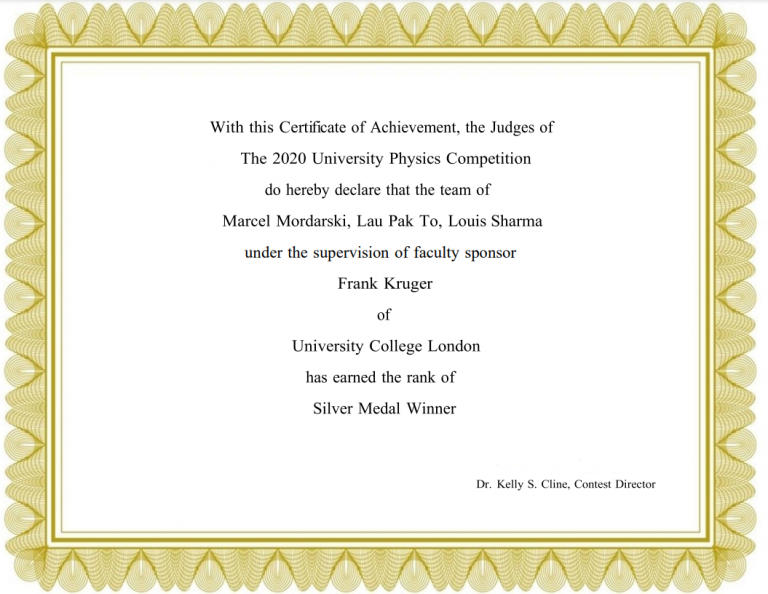 What was the key to success? “Plain old teamwork and organisation.” – Ryan did not hesitate – “We couldn’t meet in person due to lockdown restrictions in November, so we needed to get each other without words. We also had to prepare our meals in advance so we didn’t waste time cooking.” Then the student continued, unfolding the details: “By the time of dinner on the first day, our Teams meeting had already lasted for several hours, but we were done with theory and started modelling. The following morning, we looked again with fresh minds at what we had written and then proceeded with polishing the paper and further simulations.” To highlight how physically tiring the competition was, Ryan curiously concluded: “Sleep? Well… We didn’t get much of it. Hahaha. And we challenged ourselves to jog in nearby parks for an hour or so each day to relax and then do better Physics!”

UPC was organised for the eleventh time by Prof. Kelly S. Cline from Carroll College in Helena, Montana. Almost 500 teams of up to three students competed in 2020. The majority of them was formed by undergraduates from American, Asian and European universities. Each paper must have included at minimum a restatement and clarification of the problem as interpreted by the team, an explanation of all assumptions and approximations made, a justification for all work performed, as well as a discussion of the strengths and weaknesses of the approach taken.