Astrophysicists honoured for work on Universe’s origin and black holes 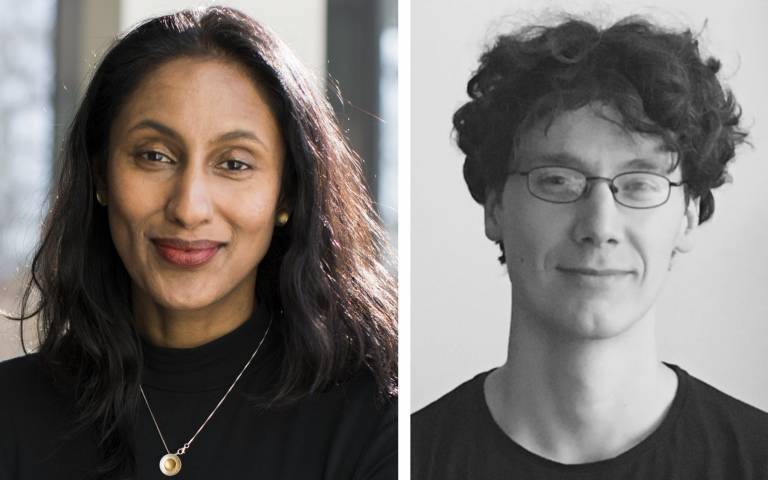 Professor of Astrophysics Hiranya Peiris (UCL Physics & Astronomy) has been awarded the 2021 Eddington Medal for her ground-breaking exploration of the origins of the Universe. Meanwhile, a collaboration that gave the world the first image of a black hole, involving Dr Ziri Younsi (UCL Mullard Space Science Laboratory), has been recognised with the 2021 Group Achievement Award.

The citation for the Eddington Medal described how Professor Peiris (UCL Physics & Astronomy) had helped shift cosmology, the branch of astronomy that studies the origin and evolution of the universe, “from a speculative area to a data-driven subject, and created new links between cosmology and high energy physics”.

Ahead of an award ceremony planned for the RAS National Astronomy Meeting in July, Professor Peiris said: "I am deeply humbled and honoured to receive this medal, which has previously been awarded to some of my scientific idols.”

“It makes me even more determined to keep working towards this enormous challenge - to try to understand the origin of structure in the Universe, and its evolution. I am very grateful to my collaborators and my students, who have shared in that endeavour so far."

The EHT, which won the Group Achievement Award, is an international collaboration set up to image a black hole by linking eight ground-based radio telescopes globally to make an Earth-sized virtual telescope with unprecedented sensitivity and resolution.

The citation for the Group Award described how the image of a black hole’s shadow, made possible by Dr Younsi and hundreds of colleagues across the world, had “already inspired millions and will continue to do so. It represents an important milestone in human ingenuity and scientific endeavour, and is opening new doorways to study the physics of accretion around super-massive black holes in completely unprecedented ways." 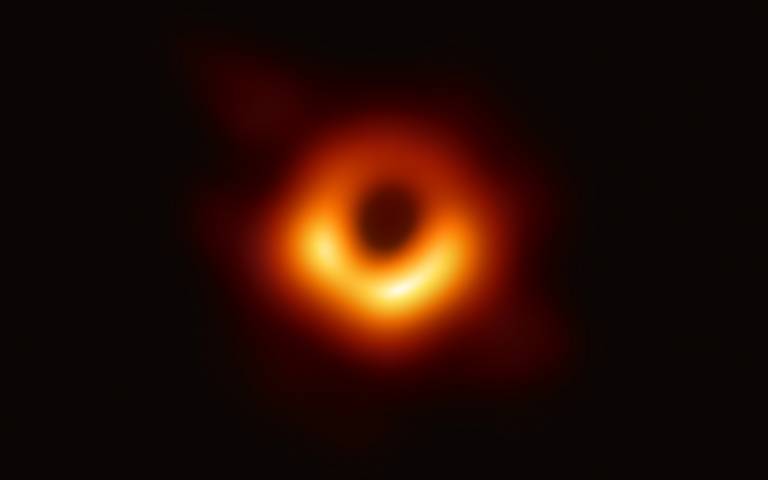 The judges went on to say that, "The realisation of the EHT represented a formidable challenge and was made possible only by decades of hard work and commitment by 13 stakeholder institutions, a variety of agencies, and more than 340 researchers.  This is one of the finest examples of an achievement resulting from close collaboration by researchers from around the world."

Dr Younsi said of the award: "I'm absolutely delighted that the Royal Astronomical Society has recognised the milestone achievement of the Event Horizon Telescope collaboration in producing the first image of a black hole, through the 2021 Group Award."

Royal Astronomical Society President Professor Emma Bunce said: “I’m delighted that we can recognise the wealth of talent in astronomy and geophysics through our prestigious awards and medals. In the midst of a challenging time, we should not lose sight of the achievements of the stars of our science community, inspiring us by answering the deep questions about the Earth beneath our feet and the Universe around us. My congratulations to all the winners!”