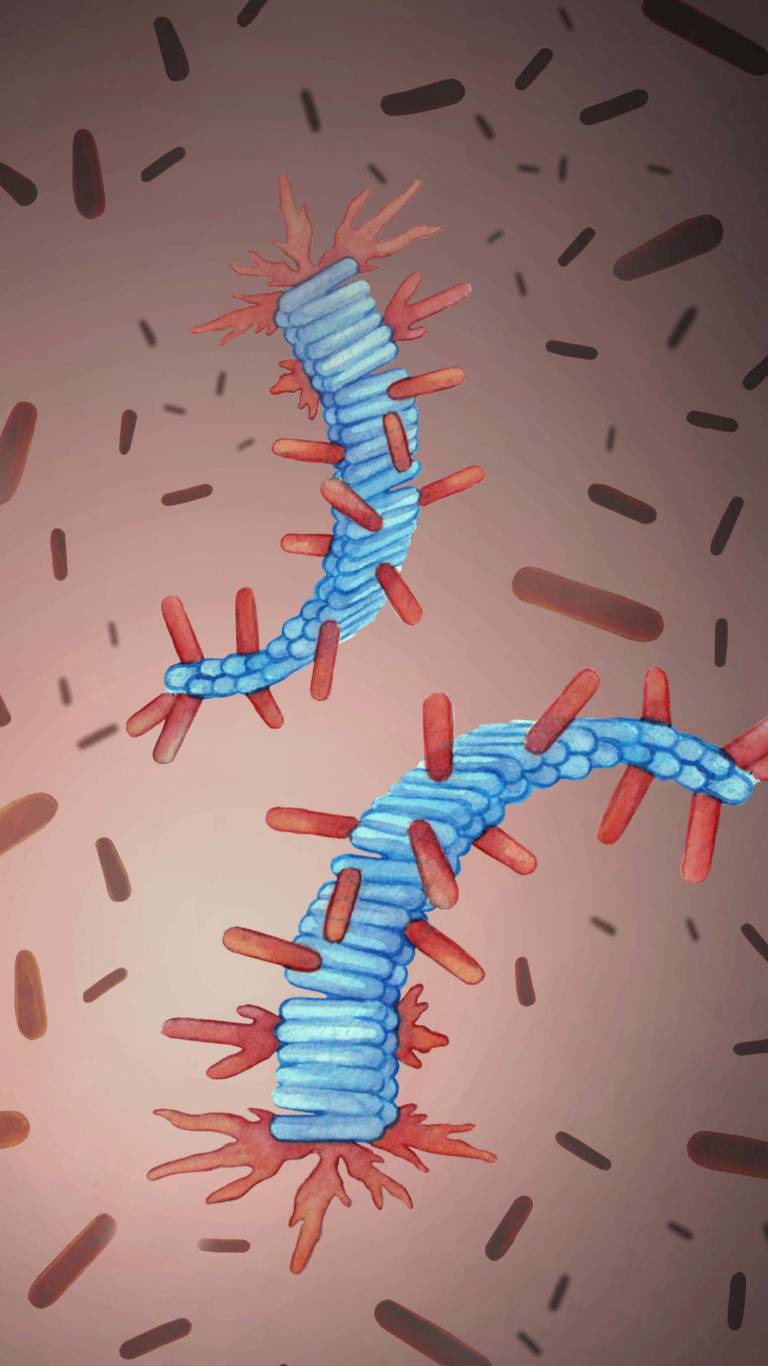 Using a combination of computer simulations and laboratory experiments, Dr Andela Saric (UCL Institute for the Physics of Living Systems, Department of Physics & Astronomy) and colleagues were able to identify the necessary requirements for the self-replication of protein fibrils.

Replication of biological molecules, such as DNA, is the foundation of life, and it requires a number of helping molecules. However, protein fibrils, called amyloids, which are involved in neurodegenerative diseases such as Alzheimer's disease, are able to replicate without any additional assistance. These fibrils, when intertwined and entangled with each other, form plaques found in the brains of Alzheimer's patients.

Dr Saric's team found that the complicated process of the fibril self-replication is governed by a physical mechanism - a build-up of healthy proteins on the surface of existing fibrils. When this build-up reaches a certain amount it triggers fibril self-replication, at which point the rate at which new protein fibrils are produced explodes, and results in rapid deterioration in brain function.

Formation of the first fibrils is very slow, and it typically takes several decades, which could explain why Alzheimer's often affects people in their old age. But once the first fibrils are formed, they replicate and spread rapidly, making the disease unpredictable and difficult to control. Despite its importance, the fundamental mechanism of how protein fibrils can replicate without any additional help was not well understood.

The study suggests that by controlling how the healthy protein make contact with existing fibrils the spread of the plaques could be limited and the disease contained. Dr Saric also argues that the findings could be of great interest in the field of nanotechnology, "One of the unfilled goals in nanotechnology is achieving efficient self-replication in manufacturing of nanomaterials. This is exactly what we've observed happening with these fibrils - if we're able to learn the design rules from this process, we may be able to achieve this goal."