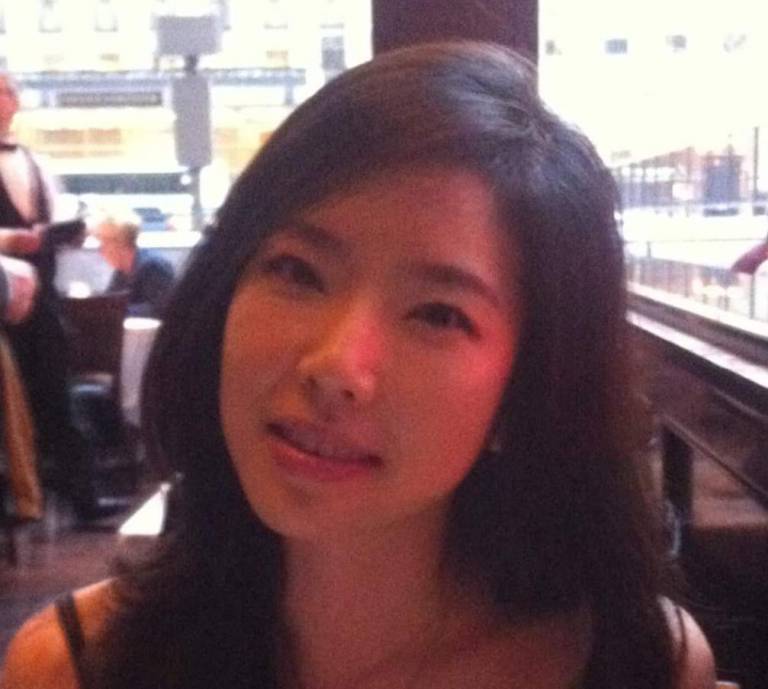 The 2014 Postgraduate Research Prize was awarded to Ah Yeon Park for her outstanding achievements in her PhD in Statistical Science.

"Ah Yeon Park completed her PhD (including her viva) 3 years and 6 months after starting her PhD. Her thesis includes material for four papers of high quality (one already published). During her PhD, she presented her work at 7 seminars, workshops and international conferences, including 2 invited talks. Ah Yeon has also been very pro-active, and initiated a new collaboration with Columbia University. Overall, Ah Yeon's work opened two new avenues for statistical research, and demonstrated a possible impact in three important fields: stratospheric ozone trends, neuroscience and uncertainty quantification of computer simulations."

"The statistical methods developed by Ah Yeon in her excellent thesis are helping scientists to study both the ozone layer and Alzheimer's disease. This is an example of applied statistics at its best. I would like to congratulate Ah Yeon both personally and on behalf of the Department, and wish her well in her future career."

In her response to being awarded the prize, Ah Yeon stated:

"I am honoured to win this prize. It is both a surprise and a great pleasure! If statisticians do not sufficiently interact with scientists, there may be a disconnect between the statistical methodology available and what is perhaps useful in practice. In this regard, I am grateful to Dr Irina Petropavlovskikh at NOAA for providing me with an opportunity to work on ozone trend analysis. My research visit to Columbia University has helped me broaden my knowledge on functional data analysis, and my gratitude goes to Prof Todd Ogden. Also, I have benefited a lot from working with Dr Yvo Pokern in the Department of Statistical Science. Lastly, I am indebted to my PhD supervisor Dr Serge Guillas for his invaluable academic guidance, encouragement and inspiration. 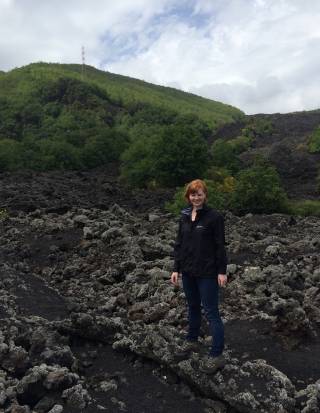 The 2014 Postgraduate Taught Prize was awarded to Lara Smale for her impressive work in her MSc in Geophysical Hazards during the last academic session.

"Lara Smale has achieved the best set of marks for the MSc in Geophysical Hazards since the Programme was launched. For her independent research project on "Volcanic Risk Perception Amongst Monitoring Scientists", Lara produced a professional-level analysis of extensive face-to-face interviews with the 60 members of the Vesuvius Observatory in Naples. The Observatory is responsible for monitoring the three active volcanic districts near Naples - Vesuvius, Campi Flegrei and Ischià - which, together, threaten more than 3 million people. The study investigated how the perception of risk affects a scientist's approach to communicating information during an emergency.

It was supervised by Dr Sabina Michnowicz and Dr Christopher Kilburn in Earth Sciences. The results will be used by the Observatory to modify its emergency-response plans in case of volcanic unrest and will contribute to the long-standing collaboration between the Department of Earth Sciences and the Vesuvius Observatory."

In her response to being awarded the prize, Lara stated:

"I am both thrilled and stunned to receive this prize. I have thoroughly enjoyed my time at the UCL Hazard Centre and would like to express my gratitude to the staff and fellow students for making it such a great experience. My MSc research project was centred on risk communication during a volcanic emergency and how interdisciplinary methods can be applied to increase the likelihood of successful translation of physical science into an effective emergency response. This is a critical area of applied volcanology as misunderstandings between scientists, emergency managers and the media can transform an emergency into disaster. I would especially like to thank my supervisors for all of their time, guidance and support. I'm excited to be collaborating with them on a paper in the future."