Hundreds of pupils from under-represented backgrounds are contributing to UCL’s Twinkle space mission that will study hundreds of planets outside our solar system. Our ORBYTS education programme has been credited with significant improvements in Physics A Level results. 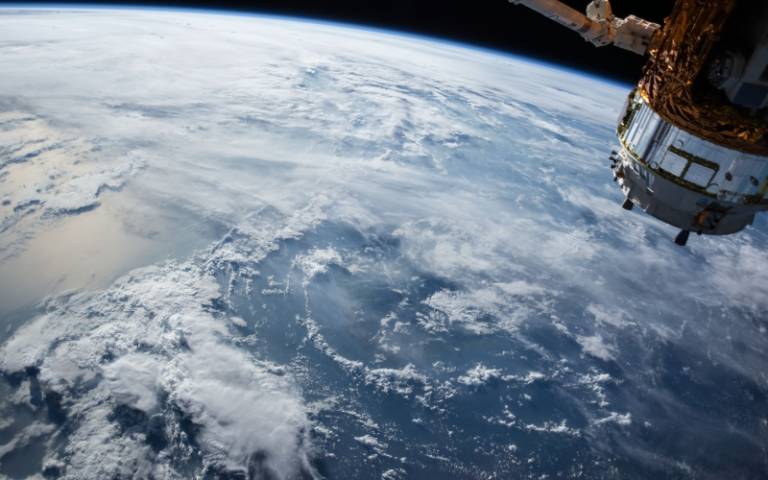 Under-represented pupils from schools across the UK are being given a unique opportunity to carry out cutting-edge science research as part of an innovative education programme linked to UCL’s Twinkle space mission, which is launching in 2022.

The Twinkle mission will study hundreds of planets orbiting stars outside our solar system, improving our understanding of their chemical composition, weather and history.

Original Research By Young Twinkle Students (ORBYTS), led by Professor Jonathan Tennyson (UCL Physics & Astronomy), offers school pupils the chance to enrich their, and our, understanding of these new worlds by carrying out original research as part of this mission.

Against a backdrop of a shortage of UK physics teachers and lack of diversity within the UK space sector, ORBYTS gives pupils hands on experience of what’s involved in scientific research and by working closely with young scientists and challenges any preconceptions or stereotypes about who can become a scientist.

Over three quarters of pupils involved come from groups under-represented in physics and the programme has been credited with contributing to rising academic success in the schools involved.

In some cases, where pupils contribute towards a significant discovery, they are named as co-authors on peer-reviewed scientific papers which are published in reputable journals. In August 2019, for example, students at Hammersmith Academy discovered that gas emitted from newly formed stars share the same molecules as coffee.

Since the project’s launch over two years ago, ORBYTS has grown from partnering with a single state school in a low-income region to 18 school-researcher partnerships reaching 150 pupils per year.

The first school cohort (Higham’s Park School) completed A Levels in 2018. Despite the socio-economic challenges of the area and only one physics teacher in the school, the students were in the top 1% across the UK for improvement in physics.