New X-Ray technique could transform how we see things

A new way of using X-rays, created by a team from UCL Medical Physics and Biomedical Engineering, could transform cancer detection and security screening by radically improving the quality of the images obtained. 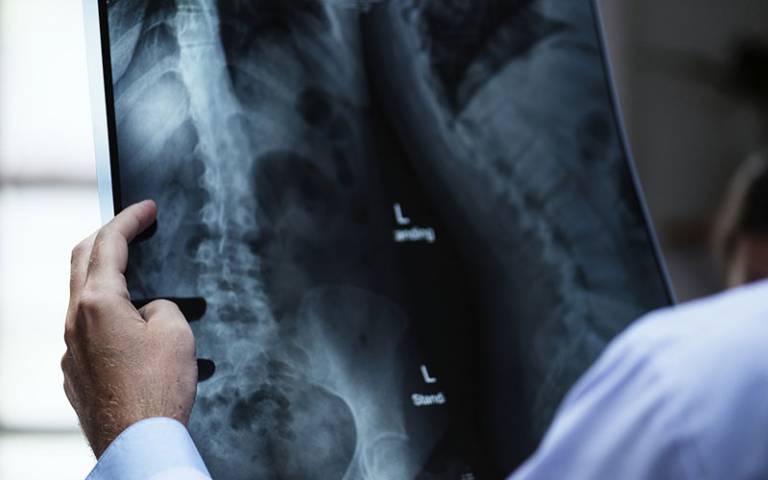 X-rays are vital in diagnosing diseases ranging from bone breaks to cancerous tumours and in detecting threat objects such as bombs. They are also used in a much wider range of fields such as biology, materials science and cultural heritage, and many industrial fields (e.g. automotive, aerospace, pharmaceutical) rely on x-rays for their inspection and quality assurance procedures.

Conventional x-rays work by measuring how much radiation tissue or materials absorb, which produces a “shadow” image. Generating clearer images would require radiologists to use dangerously high levels of radiation and for some classes of materials, this is simply impossible.

UCL researchers, led by Professor Alessandro Olivo, have translated a technique previously only available at around 50 very specialised scientific facilities to be used in everyday situations in hospitals and airports to produce a much more detailed image without high levels of radiation.

Instead of x-ray absorption, the technique measures the effect that passing the x-ray through different types of tissue or material has on the speed of the x-ray itself.

The research team, which now includes Drs Marco Endrizzi, Peter Munro and Charlotte Hagen, are currently implementing the new x-ray technology into machines that can:

These applications are currently at an advanced stage of testing, and the UCL researchers are working with various companies to make them widely available, which would transform x-ray usage in hospitals and other places.