Ground-breaking research to ensure juries are fair and effective

The UCL Jury Project’s ground-breaking research on the jury system has directly influenced government and judicial policies and practices, as well as public debate, both nationally and internationally. 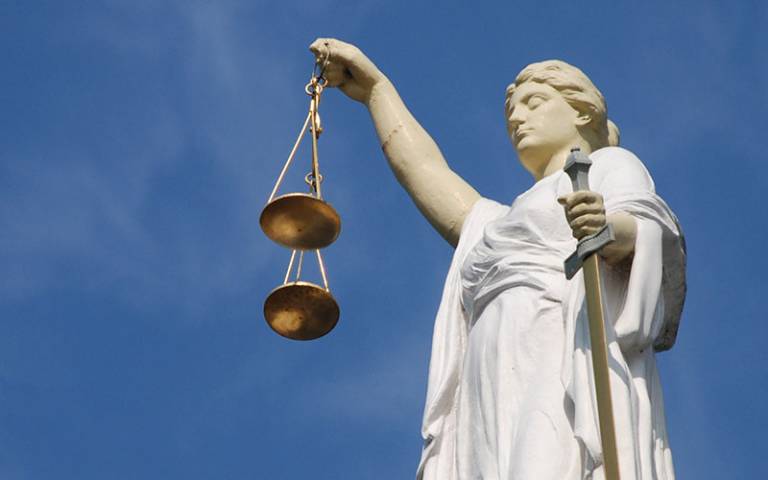 The UCL Jury Project, led by Professor Cheryl Thomas QC (UCL Laws), has pioneered the study of the jury system.

Due to their highly confidential nature, Cheryl is the only academic in the country who conducts research with real juries. She has been conducting research on judges and juries for nearly 20 years.  This includes the first study in the UK to examine the impact of diversity on the judicial appointments process and the first survey of judges on their working lives.

The UCL Jury Project conducts research with real juries in Crown Courts across England and Wales and in Northern Ireland. It has tackled some highly sensitive and controversial issues including; racial discrimination, representation on juries, juror internet and social media use, government reporting of conviction rates, whether juries believe rape myths and the emotional impact of serving on a jury.

In 2017 research carried out by Cheryl and her team influenced some of the 35 recommendations made in the Lammy Review on the treatment of BAME individuals in the Criminal Justice System.

In 2013, Cheryl carried out research to determine jurors’ understanding of the rules on internet and social media use during trials. She found that 23% of serving jurors said they were unclear about what was permitted. This lack of understanding could result in jurors committing a criminal offence, being prosecuted and sent to prison.

To address this problem and better protect members of the public who serve on juries, Cheryl designed a Juror Notice in Easy Read style that is now used in all jury trials in England and Wales. The Juror Notice has resulted in almost 100% understanding amongst serving jurors about the restrictions they are under in using social media, researching people involved in their case, and discussing the case with family and friends during the trial.

The impact of the Jury Project is far reaching, influencing many areas of the judicial system. From law reform proposals on contempt, improper juror conduct and the insanity defence to improving the quality of debate about trial by jury.  It has been widely covered in the media and Cheryl is a much sought after guest on radio and podcasts on matters involving the judiciary.

The UCL Jury Project has been funded by the Ministry of Justice, Economic and Social Research Council and the Nuffield Foundation.