The First World War Centenary Battlefield Tour Programme, devised by the IOE, UCL's Faculty of Education and Society for secondary school pupils, has had a ripple effect of reaching over 15 million people in England with stories from the Western Front over 100 years ago. 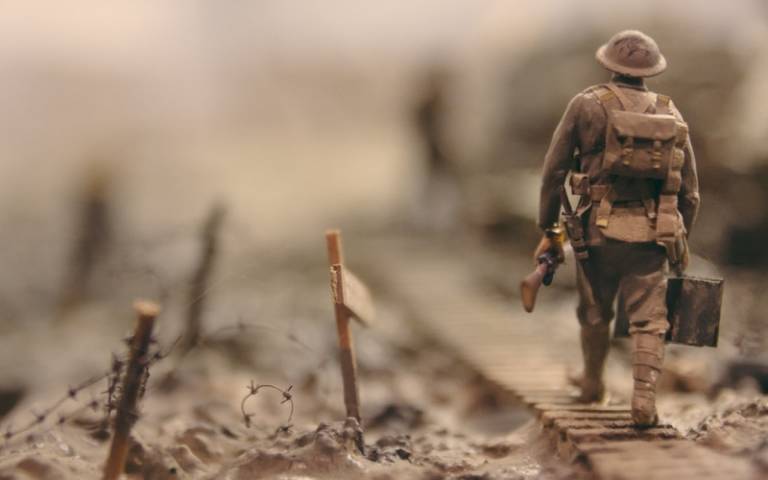 Visiting battlefields like the Somme on the Western Front is key in helping students understand what took place there during the First World War. Through supporting teachers and offering pupils from across the UK the chance to visit the battlefields, over 15 million people have been reached through UCL’s First World War Battlefield programme.

Between 2014 and 2020, the IOE has provided the opportunity for a minimum of two students and one teacher from every state funded secondary school in England to visit the battlefields in person.

The programme has also developed a leading programme of professional development for teachers by providing tools like lesson plans, research findings, films and podcasts. This work has helped teachers to bring learning to life and create an enduring legacy across the country.

The Legacy 110 initiative also invited each student to kickstart a post-visit project which connected with at least 110 people in their community. Schools throughout the country have created a huge range of Legacy 110 community projects with reach now numbered at over 15 million people. Originally, the aim was for 888,246 people to be reached by 2019, which is equivalent to the number of British and Commonwealth soldiers who fell during the First World War.

The programme has enhanced the knowledge and understanding of the First World War for thousands of teachers and millions of students across England. It has also won four major awards since 2014, including Education Investor Magazine’s 'Education Partnership of the Year'.