The ‘birth’ of electronics as we know it

Do you use a radio, telephone, microwave, computer or television? You have a lot to thank Sir Ambrose Fleming for. A UCL student and the first Professor of Electronic Engineering - he transformed electronics. 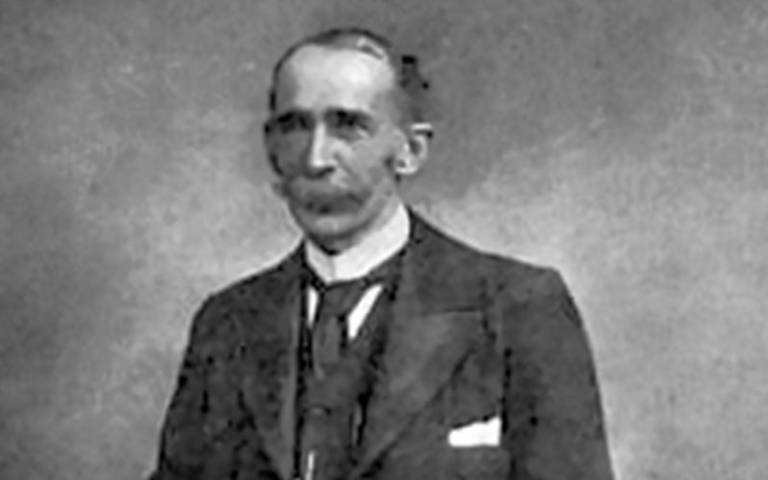 Sir John Ambrose Fleming was a former student and professor at UCL and made electronics what it is today. He studied mathematics at UCL (graduating at the top of his class) and went on to become the UK’s first Professor of Electrical Technology (as the Department was then called) at UCL in 1884.

He was a popular and engaging teacher and was famous for teaching complex electrical engineering, even though his only supplies at the university were a blackboard and chalk.

Over his career, he discovered many aspects of electrical engineering, for example, the technique for receiving high-frequency electro-magnetic waves, making radio possible and marking the birth of modern electronics.

He built the transmitter that Marconi used to transmit the first radio signal across the Atlantic on 12 December 1901,and remained a consultant to the Marconi Wireless Telegraph Company and with the Edison Electric Light Company to transform electrical lighting in British towns and cities, as well as on ships.

He invented the two-electrode radio rectifier, or thermionic valve, which could ‘rectify’ radio waves: a device that converts electrical currents and paved the way for developing power supplies for radio, television and computer equipment.

He was knighted for his services to science in 1929 and his research remains an important influence on electrical engineering to this day.