The safest and most long-term storage solution for carbon-dioxide is its incorporation into stable carbonate minerals such as calcite, dolomite and magnesite in the subsurface. 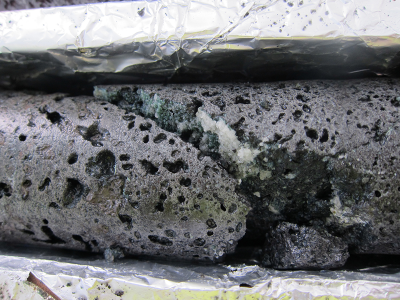 We are involved in a threefold effort to provide the scientific basis for this carbon storage method and to demonstrate its feasibility at an industrial scale. This effort includes:

- The improvement of the thermodynamic and kinetic databases for the geochemical modeling of the fate of carbon-dioxide once injected into the subsurface.

- The creation and running of an industrial scale carbon capture and storage facility in Hellisheidi Iceland as part of the international CARB-FIX project (www.carbfix.com)