Hamish Crerar on his recent publication in Neuron

Prior to completing an undergraduate degree in Molecular Genetics at the University of Edinburgh, Hamish Crerar had always been interested in Biology. After working in a research laboratory, first as a student and then as a research assistant, he decided that a future as a scientist was for him. Hamish then joined the PhD programme at the LMCB and chose to do his PhD in the Riccio Lab. The Riccio Lab studies how gene expression is regulated during development of the nervous system. Here we spoke to Hamish about his PhD work, which has been published recently in Neuron.

What was your most exciting finding?
Our most exciting finding was that Tp53inp2 was carrying out this role in a non-coding way. Early on in my project I found that although the Tp53inp2 RNA was present in these axons, the protein produced by this gene was not. Therefore, this RNA is not acting through the most conventional means and being translated in a protein that is then functional. To prove that the non-translated form of the RNA was playing this role, I used a Tp53inp2 knock-out mouse model where in the absence of Tp53inp2 neurons were unable to maintain axon growth. I expressed a modified Tp53inp2 transcript which couldn’t be translated in these cells and this rescued this phenotype. After that experiment, we really thought we were on to something exciting.

What model systems and techniques did you use?
We mainly used primary cultures of rat sympathetic neurons. We also used the PC12 cell line which is derived from the same progenitors, and cell lines from knockout mouse models. There was a great deal of overlap between these model systems, for example rat RNA could rescue phenotypes in the mouse models. This demonstrates that the effects we studied seem to be robust and well conserved.
Our project primarily focused on RNA function, so it involved a lot of heavy molecular techniques: RNA immunoprecipitation, single-molecule RNA-FISH, polysomal fractionation, and an awful lot of cloning - including testing 50 different mutations in a 3,000 nucleotide region of RNA! We did a lot of in vitro and ex vivo work to study the function of the transcript, including live imaging, axon growth assays, western blotting, mass spectrometry, and plenty of RT-qPCR.

Why is your research important?
There is a theory that all neurodegenerative diseases are linked in some way to the loss of function of RNA binding proteins or a loss of RNA regulation. Although my work is quite separate from translational approaches, it is important to have a basic understanding of how the sympathetic nervous system is wired up during development. By understanding the role and function of RNA within a fundamental process such as neuronal development, you can begin to understand what is happening when things go wrong.
My paper - as well as several others - are also highlighting potential functions of RNA outside of being simply a messenger between DNA and protein. Given how important the untranslated regions of the Tp53inp2 gene were in regulating the function of its transcript, other studies that rely on overexpression of protein coding sequences could be missing important, additional functions of their gene. Being able to explore a whole new realm of functional RNA adds an entire new level to gene expression. Other people are reporting examples of multifunctional RNA, which is nice to see and lends support to our findings. This is turning a page towards hopefully a lot more studies looking into the huge potential of multifunctional RNA transcripts.

What's next for the project?
The major unanswered question is how exactly does Tp53inp2 transcript regulate NGF signalling via the TrkA receptor? It has been known for decades that the neurotrophin NGF binds to the TrkA receptor present on neuronal cell membranes, leading to phosphorylation and receptor internalisation. The TrkA receptor can then act locally within axons to regulate signalling responses, or can be retrogradely trafficked towards the cell body where it activates transcriptional programs. But we don’t really understand how these two separate receptor pools are maintained and distinguished by the cell, and it would be interesting to know if Tp53inp2 transcript plays a role in this unknown mechanism.

The next step in the project would therefore be dissecting the function of the Tp53inp2 transcript in regulating NGF signalling. Perhaps the Tp53inp2 transcript itself could have a simple function in allowing recruitment of proteins that affect the binding of NGF to the TrkA receptor. Or it might be that the transcript is involved in the process of trafficking the signalling machinery. It's very unlikely that such a mechanism would be exclusive to Tp53inp2 transcript, so it would be useful to get a broader understanding of other molecules associated with the Trk receptor. We showed that when you pull down TrkA you pull down RNA as well, and that was really novel because TrkA is not considered to be an RNA binding protein. Presumably other RNAs will also be associated, so identifying these could potentially reveal other candidate multifunctional RNAs which could then be further explored. 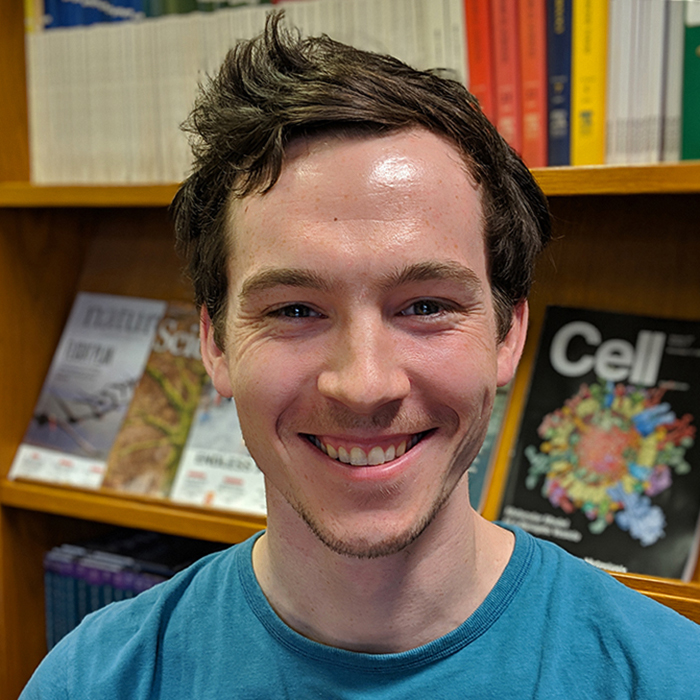