Chantal Roubinet on her recent publication in Current Biology

In her recent publication in Current Biology, Chantal Roubinet studied assymetric nuclear division in Drosophila neural stem cells and found that the daughter nuclei differed in chromatin organisation, envelope composition and size. We've asked her to tell us about the research.

What discoveries led you to your current work?

During the course of my previous postdoc, while working on the mechanisms that regulate the asymmetry of cell division in fly neural stem cells (neuroblasts), I realized that the nucleus is not disassembled at mitotic entry in this system, but rather persists as a structure throughout mitosis. This has been a revelation! Curious to know more about this process, I was surprised to find out that almost nothing is known in the literature about the mitotic remodeling and partitioning of the nuclear envelope in neuroblasts. By chance, I met Prof. Buzz Baum in a meeting, who is very supportive to study nuclear division using multiple approaches (modelling, structural biology on EscrtIII proteins, live imaging etc) and various model systems. I thus joined his lab to explore the mechanisms of nuclear division in Drosophila stem cells, but also in other Drosophila cell types undergoing different kinds of mitotic nuclear envelope remodeling and in mammalian cells. Our first story is focused on the mechanisms and functional relevance of asymmetric nuclear division in fly neural stem cells, in a context of semi-closed mitosis.

In a few words, I would summarize it by How do nuclei divide? Although it might sound simple, this may constitute one of the most enigmatic features of eukaryotic cells. Indeed, across the eukaryote kingdom, cells have developed different strategies to divide their nucleus, from the most minimal nuclear envelope remodeling whereby a nuclear compartment and nuclear pore complexes (NPCs) are maintained and remodeled throughout mitosis (closed mitosis), to the most extreme one characterized by an almost complete disassembly of both nuclear membranes and NPCs at mitotic entry before to reform nuclei at mitotic exit (open mitosis); including a wide range of intermediate situations (semi-closed or semi-open mitosis). Yet we still do not know why cells have developed different ways to divide their nucleus, and we know very little about the mechanisms that trigger the switch towards one or another type of nuclear division. In our study, we have found that playing with the expression of the Lamins is sufficient to convert semi-closed mitosis of fly neural stem cells into open mitosis, inducing dramatic consequences as these stem cells are then unable to reform nuclei at mitotic exit and die.
Moreover, the type of nuclear envelope remodeling might have functional relevancies way beyond DNA partitioning and nuclei reformation. Several studies performed in yeasts undergoing closed mitosis have revealed a role for the mitotic nuclear envelope on asymmetric segregation of organelles, ageing factors and cell fates, but the role of mitotic nuclear membranes in cells undergoing semi-closed or open mitosis have been much less studied. Yet, this is likely to be important. Thus, as revealed by our study, fly neural stem cells are not just undergoing semi-closed mitosis but also an asymmetric nuclear division, generating two daughter nuclei with different identities – something likely to affect cell fate.
We are thus interested in the regulatory mechanisms and functional relevance of asymmetric nuclear division, as well as in the mechanisms that control the extent of nuclear envelope remodeling during mitosis (i.e. the switch between open, semi-closed and closed mitosis).

Our most exciting discovery has probably been to find out that in mitotic neural stem cells, the two daughter nuclei are different (i) in size, (ii) envelope composition, (iii) chromatin packing and (iv) histone marks, before the cortical release of cell fate determinants. Since all these parameters could in principle affect differentially the transcriptional activity of the two daughter cells, this was very exciting! It is known that mitotic neuroblasts divide asymmetrically to generate a daughter self-renewing neuroblast as well as a more differentiated ganglion mother cell. The current dogma is that the different fate of these two daughter cells is due to the cortical polarity, which leads to an asymmetric distribution of transcription factors (called cell fate determinants) at either the apical or basal cortex during mitosis. After cell division, these transcription factors are released from the cortex and enter one or the other of the two daughter nuclei, to regulate the expression of genes involved in cell differentiation or self-renewal. It was thus wonderful to see that sibling nuclei are already so different before the cortical release of cell fate determinants, suggesting that asymmetric nuclear division contributes along with polarity to cell fate acquisition and cell diversity.

Why is this important?

During development, many cell types and in particular stem cells rely on asymmetric cell division to promote cell diversity and the formation of complex organs. It is thus not surprising that deregulation of asymmetric stem cell division leads to multiple diseases. As such, in Drosophila larval brains, many labs have shown that interfering with the asymmetric cell division of neural stem cells can lead to brain tumors or microcephaly, but the contribution of nuclear division on cell fate and cell diversity has been largely under-studied in this system. This is particularly important, as we have found that disrupting the integrity of the nuclear compartment in neuroblasts leads to stem cell death as they progress through mitosis. Also, the fact that neuroblasts nuclei divide asymmetrically, both physically (size) and molecularly (nuclear envelope composition and histone marks) before the end of the mitosis and prior nuclear import of cell fate determinants, reveals that all is not about polarity and that nuclear division deserves to be much more studied.

While this first story was focused on the mechanisms responsible for the remodeling and the division of the mitotic nuclear compartment into two daughter nuclei with different size, which includes an asymmetric nuclear sealing controlled by the spindle followed by a differential nuclear growth that depends on the cytoplasmic reservoir of nuclear membranes, we are now exploring the molecular asymmetry of the nuclear division (including the formation of sibling nuclei with different NPC density and the formation/functions of diffusion barriers within the mitotic nuclear envelope).
I have also found several candidates that are involved in the switch between open and semi-closed mitosis, which will be very useful in trying to convert one type of nuclear division into another to assess the functional consequences of specific modes of nuclear envelope remodeling. Impassioned by the process of nuclear division, I am currently extending these studies to other Drosophila cell types (in culture and in vivo) and mammalian cells (human stem cells) that display different modes of nuclear envelope remodeling. In brief, nuclear division constitutes one of the most fundamental and fascinating processes to study – a beautiful process that has many more surprises to reveal! 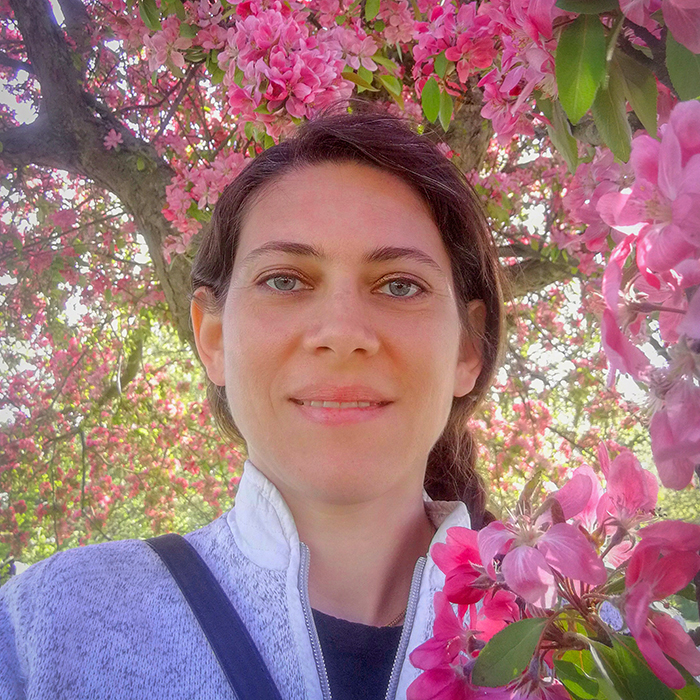