A new study led by scientists at the MRC LMCB at UCL uses Super-resolution microscopy to show that the structure of vaccinia virus, a close relative of smallpox, is intimately linked to its ability to infect cells.

The research, conducted as a collaborative effort between Viral Cell Biology and Quantitative Imaging labs at the MRC LMCB at UCL used advanced imaging techniques to show how the membrane proteins needed for virus entry are organized in poxviruses.

Dr Jason Mercer, a co-lead author on the study, said “As poxviruses have long been labelled as asymmetric, we were surprised to discover that the virion surface proteins are highly organized, and that this organization is important for infection”.

Despite being the deadliest virus family to ever exist and the first mammalian viruses seen by electron microscopy nearly 80 years ago, a detailed understanding of where viral proteins are located within poxvirus particles is missing.

The study, published in Nature Microbiology, applied Super-resolution microscopy on individual poxviruses to map the location of virus proteins involved in host cell binding and fusion. When the super-resolved proteins were analyzed for their virion location, the researchers found that the proteins needed for fusion were clustered at the tips of the barrel shaped particles, while the proteins needed for binding were found mostly at the sides.

Dr David Albrecht, a co-first author on the study, said “By clustering their host cell binding and fusion machineries into distinct areas of the viral membrane, regions of the virion surface are literally assigned with different functions.”

In support of this, when the researchers analyzed virion-cell binding and fusion orientations using electron microscopy, they found that 99% of virions bound to cells on their side and 96% underwent fusion with cells at virion tips.

Emphasising the biological importance of maintaining this architecture, when they disrupted the organization and clustering of the fusion machinery at the virion tips, the virus could no longer undergo efficient fusion with host cells delaying the infection process.

Prof Ricardo Henriques, a co-lead author on the study, said “This is the first demonstration that the position of particular viral proteins dictates virion binding and fusion orientation and in turn infection efficiency. These findings highlight the power of super-resolution microscopy to deliver novel insights into virus molecular organization and link this to the infection process”, “In other words, structure drives function” added Dr Mercer.

The study was conducted by researchers at UCL and the University of Pennsylvania, and funded by the MRC, BBSRC, Wellcome Trust, and the European Research Council. 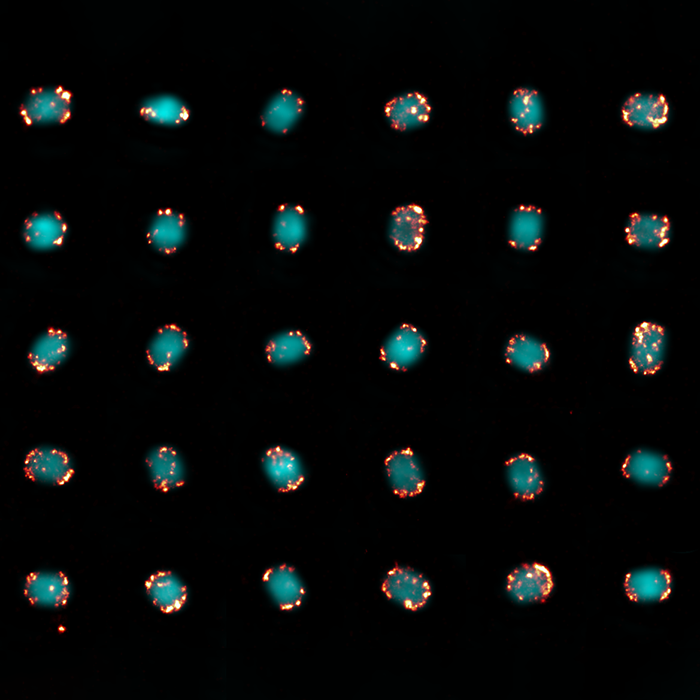