Rob Tetley tells us about his recent publication in Nature Physics

In a recent publication in Nature Physics, the Mao Lab and colleagues investigated the role of tissue fluidity in promoting epithelial wound healing.  We've asked Rob Tetley to tell us about the research.

What discoveries have led you to your current work?

What are you trying to understand and why is this important?

The epithelia lining organs are unavoidably damaged from time to time. It’s therefore crucial that these epithelia can repair themselves, to maintain the function of the organ and to re-establish a barrier to the outside environment. When epithelial repair is defective, it can lead to disease and can leave our bodies open to infection. While a lot of work has investigated the mechanics of wound healing in artificial culture systems, how mechanical forces are involved in wound healing in real tissues is still unclear. We have been trying to understand how mechanical forces control the way cells behave during wound healing in true epithelial tissues.

What model system/techniques did you use?

We used the developing wing epithelium of the fruit fly, Drosophila, to look at how cells behave during wound healing. Fruit fly cells are very similar to human cells, so we can learn a huge amount from looking in this simple organism. We also have a wide range of genetic techniques and live cell markers in fruit flies, which makes them an extremely powerful tool for investigating cell biology.

We wounded wing epithelia using a high-powered laser and then live-imaged and analysed the behaviours of cells as the wound closed. We then used genetic techniques to alter the mechanical properties of the wing epithelium, to see if we could change the speed of wound healing. We complemented these experiments with a mathematical model of wound healing, developed by our collaborators Mike Staddon and Shila Banerjee in the UCL Physics Department.

In healing wing epithelia, the cells surrounding the wound rearrange their relative positions. Strikingly, we found that if we reduce mechanical tension within the tissue (how strongly cells pull on each other), we can make wounds heal in roughly half the time, as the cells are able to rearrange their positions more easily.

Can you use an analogy to help us understand your work?

If you imagine a solid block with a hole in it, the hole will remain open because the molecules in that solid are in a fixed position. However, if you make a gap in a fluid, the molecules in the fluid will immediately flow into the gap and fill it in. This is because molecules in a fluid can rearrange their positions, relative to each other. In our healing wings the principle is the same, however, instead of molecules, we are looking at cells. Because the cells can rearrange more easily when we reduce mechanical tension, they flow into the gap left by the wound more efficiently. We call this phenomenon “tissue fluidity”.

We now want to establish if tissue fluidity can be harnessed as a therapeutic target. If tissue fluidity is a general property of healing epithelia, then this approach has the potential to accelerate wound healing in the vast majority of our organs. 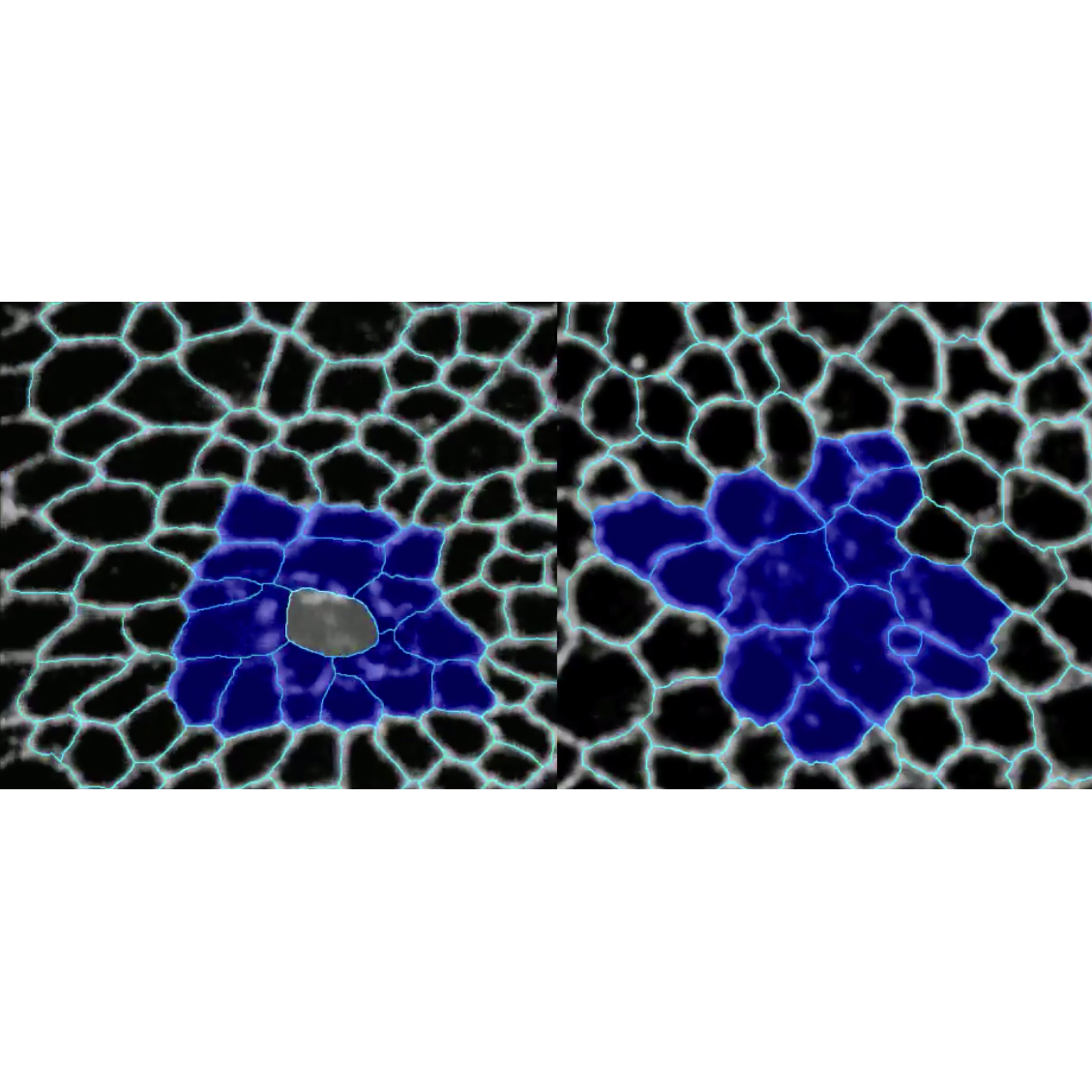