Published from 1907 until 1918, Votes for Women was funded and initially edited by Frederick and Emmeline Pethick-Lawrence. This husband and wife team wanted the Women's Social and Political Union (WSPU) to have its own newspaper after the splinter group, The Women's Freedom League, had broken away.

At the time of Votes for Women's foundation, suffrage newspapers were scarce. By 1910 printing had become weekly rather than monthly and circulation had reached 30,000 a week. The now influential editors were imprisoned in 1912. After being released they argued against the WSPU's increasingly violent methods of protest and were expelled, taking the paper with them.

The volume displayed here is bound in the colours Emmeline Pethick-Lawrence chose for WSPU. She explained her choice in a 1908 issue of the newspaper: 'Purple … stands for the royal blood that flows in the veins of every suffragette … white stands for purity in private and public life … green is the colour of hope and the emblem of spring.' The striking images, caricatures and cartoons seen here were typical of the contemporary press. Content also included campaigning articles by women and men, book reviews, obituaries, such as that for Florence Nightingale in no.128, and round-ups of local activism. All this incongruously appears alongside the more conventional activities of women's lives: advertisements for Selfridge's, property at the new Letchworth Garden City, vegetarian boarding houses and female private tutors. 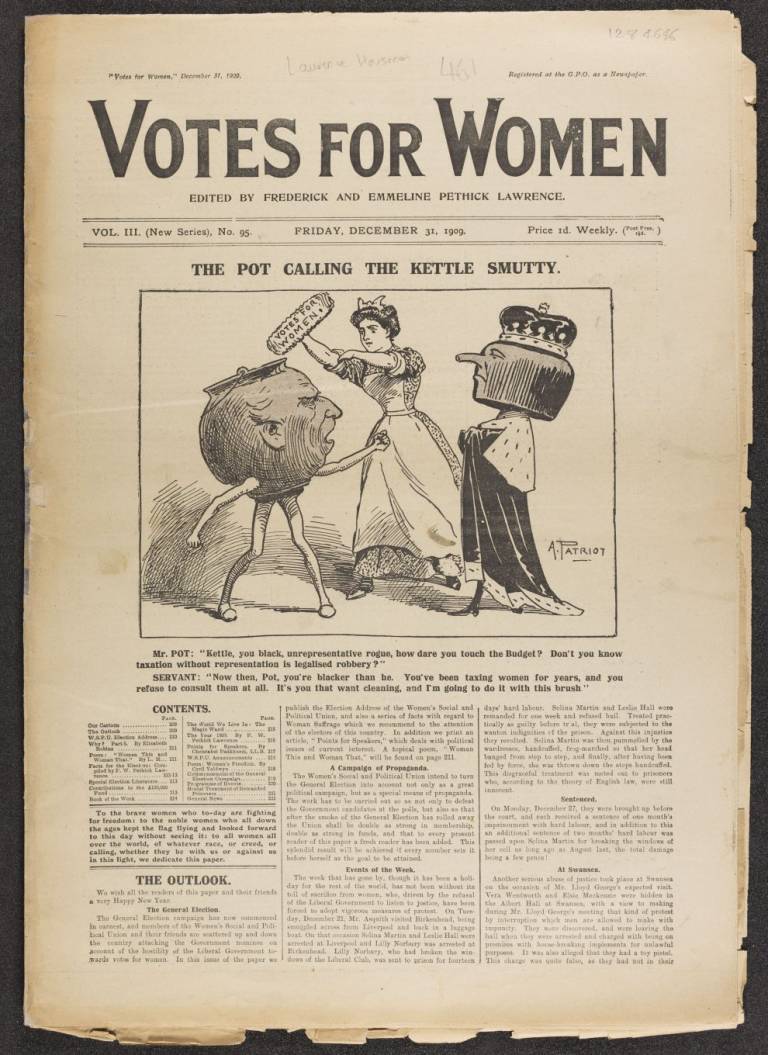 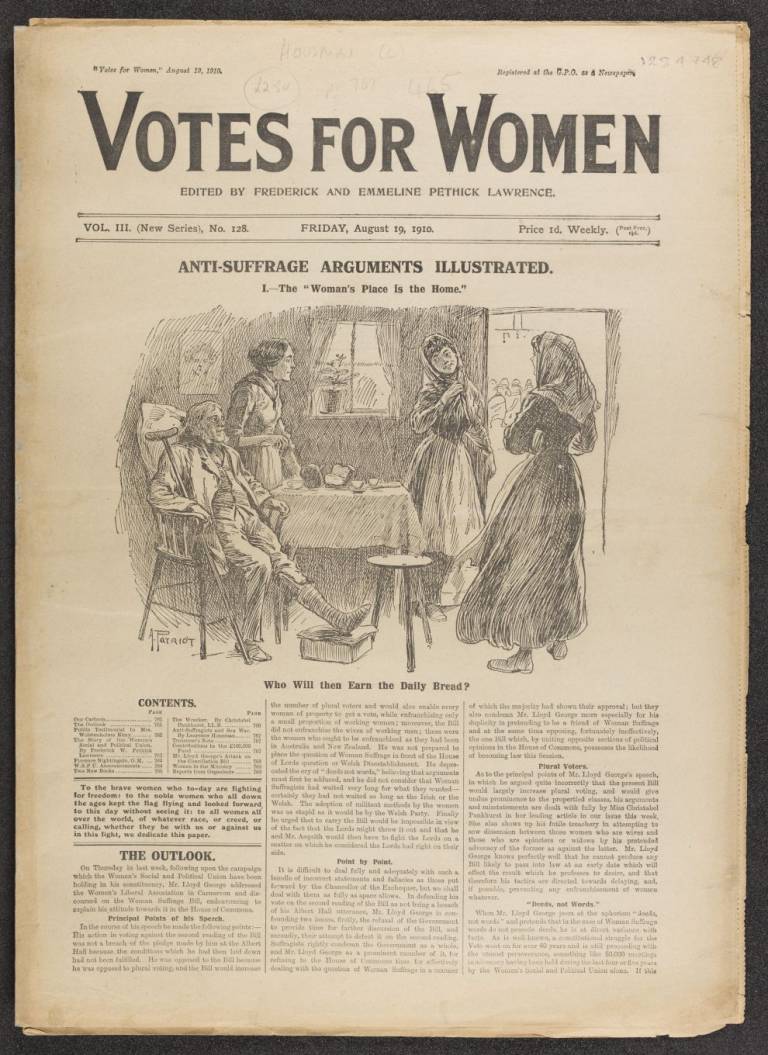 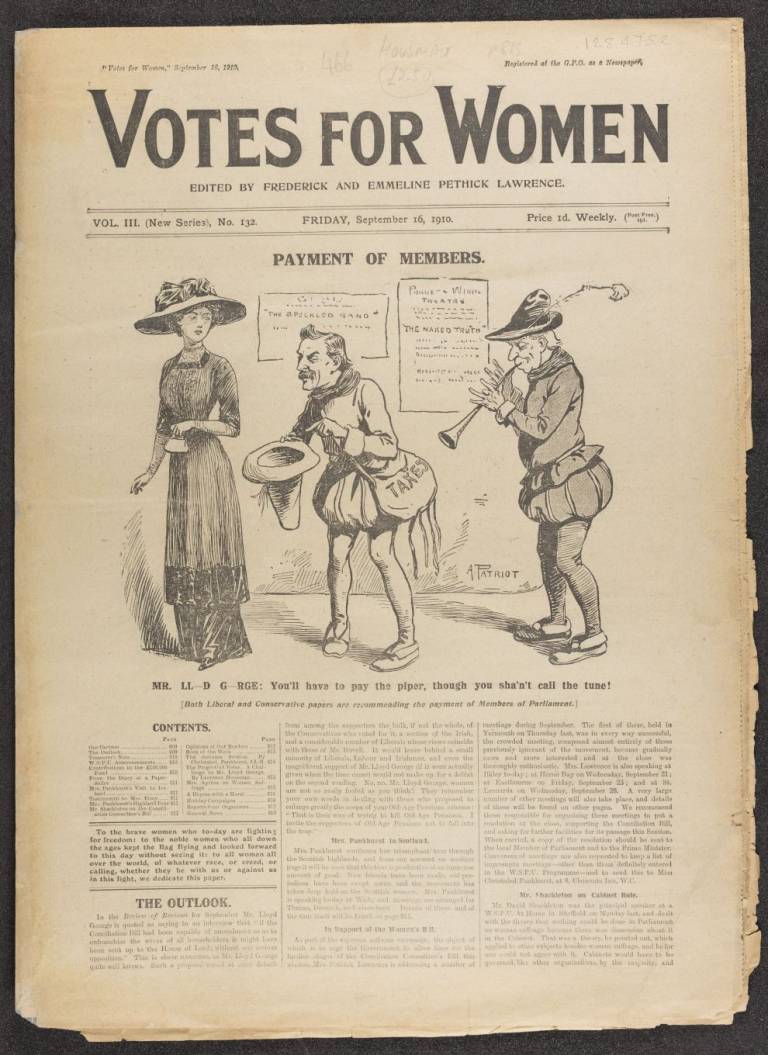