Photographs of a demonstration in support of women's suffrage in Lowestoft, Suffolk, 1914

The National Union of Women Teachers (NUWT) was originally founded to campaign for equal pay for women teachers; over time it expanded its interests into a wide range of social, professional and educational issues, including women's suffrage. These photographs capture suffragists holding banners that argue specifically for the right to vote for women teachers. They may have been aimed at the less than sympathetic members of the National Union of Teachers (NUT), hence the banner which proclaimed 'Votes for women will greatly influence the power and influence of the NUT'.

Also of interest are the banners and posters hanging in the window of the background tea room. These proclaim the support of non-militant suffrage societies, aligning protesters with the suffragist National Union of Women's Suffrage Societies (NUWSS) rather than organisations such as the Women's Social and Political Union (WSPU) who led the more militant suffragette movement. 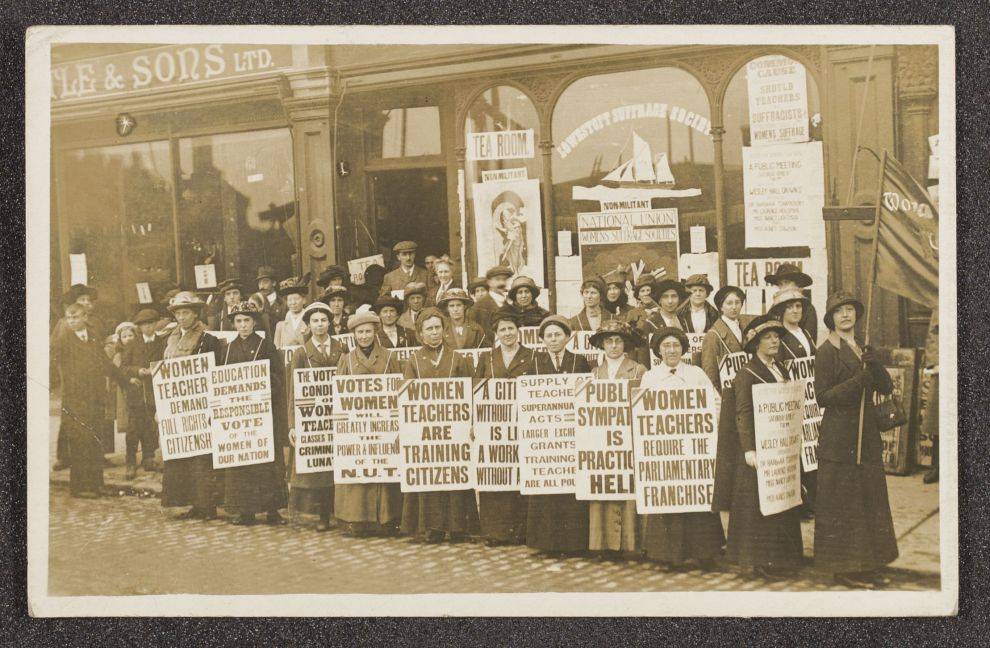