This leaflet was issued without a named author, but presented collectively by the Women’s Social and Political Union. It is a good example of the platform that Votes for Women offered for responses to political developments.

Herbert Gladstone, son of William Gladstone, was serving in the Liberal government as Home Secretary at the time. He supported the police’s use of violence against suffragettes, in particular the force-feeding of women prisoners on hunger strike.

Sylvia Pankhurst, Emmeline’s daughter, explains in her 1911 book The suffragette how force-feeding was achieved by inserting a tube down the throat and into the stomach of the victim. She recounts the protests raised in Parliament about this dangerous procedure and how it was carried out – often by staff without suitable medical training. Pankhurst also describes how Labour MP James Keir Hardie’s ‘reminder that the last man prisoner to whom such treatment had been meted out had died under it’ was, shockingly, ‘met with shouts of laughter by the supporters of the Government’. Pankhurst concludes with a sharp attack on the Home Secretary: ‘Mr. Gladstone tried to shelter himself behind the officials who were his subordinates, and to place the responsibility on the medical officers. For this he was strongly condemned by the British Medical Journal, which characterised his conduct as contemptible.’ 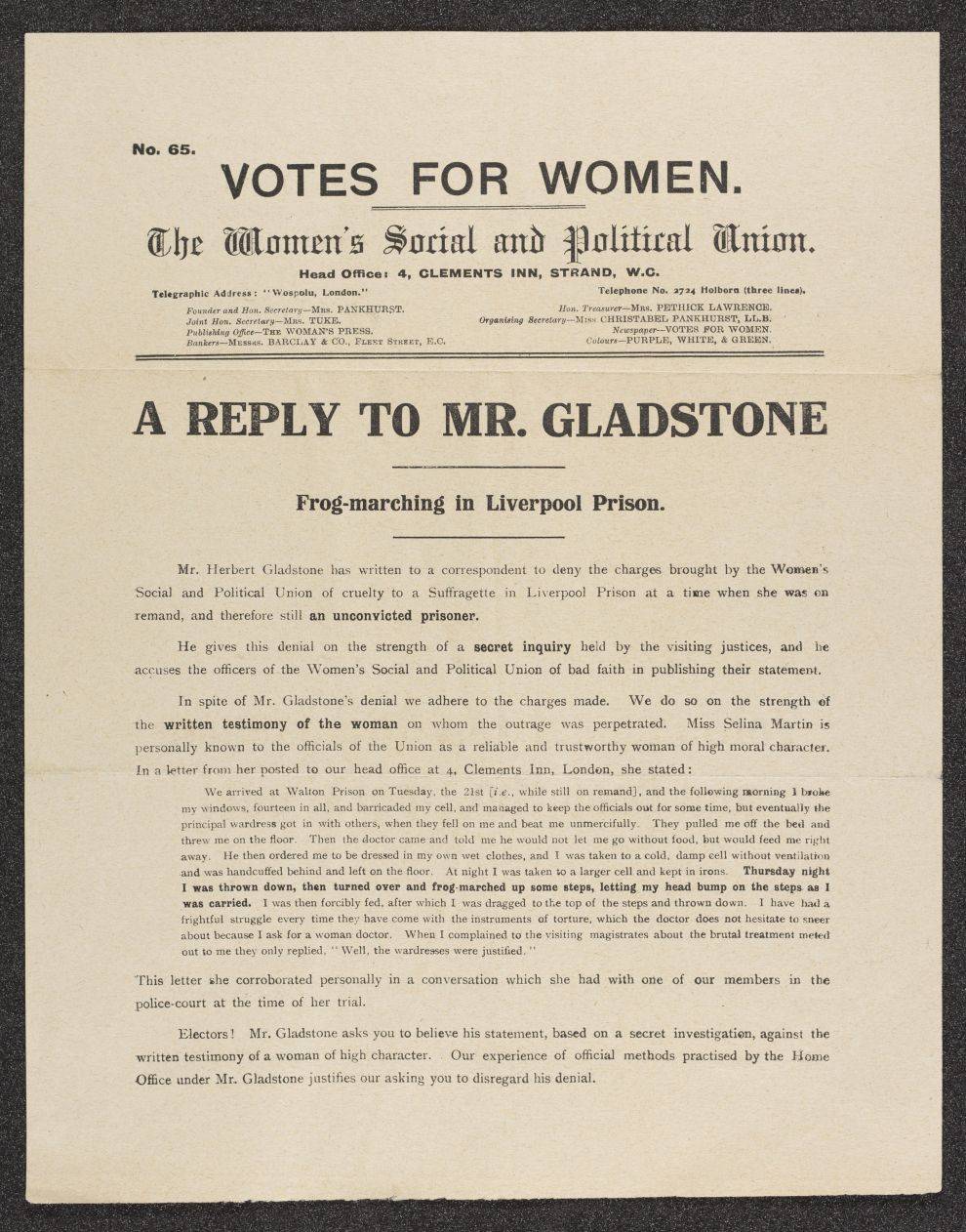