Pi (or π) Magazine, founded in 1946, is the magazine of UCL’s Students’ Union. This edition commemorates the 50th anniversary of the 1918 Act by reproducing the front cover of The Daily Mirror of 23 September 1912. On it the paper reported a notoriously violent incident that occurred at a public appearance of David Lloyd George in his hometown of Llanystumdwy, Wales. A more cynical view of these events can be found in a letter to Lloyd George from E W Evans, a local journalist, which is now in the National Library of Wales.

The centre spread of Pi – actually the dedicated ‘women’s section’, called Fille – is dedicated to the anniversary. It carries interviews with two prominent women representing opposite sides of the debate, the Conservative Member of Parliament Dame Joan Vickers and the former suffragette Lillian Lenton. 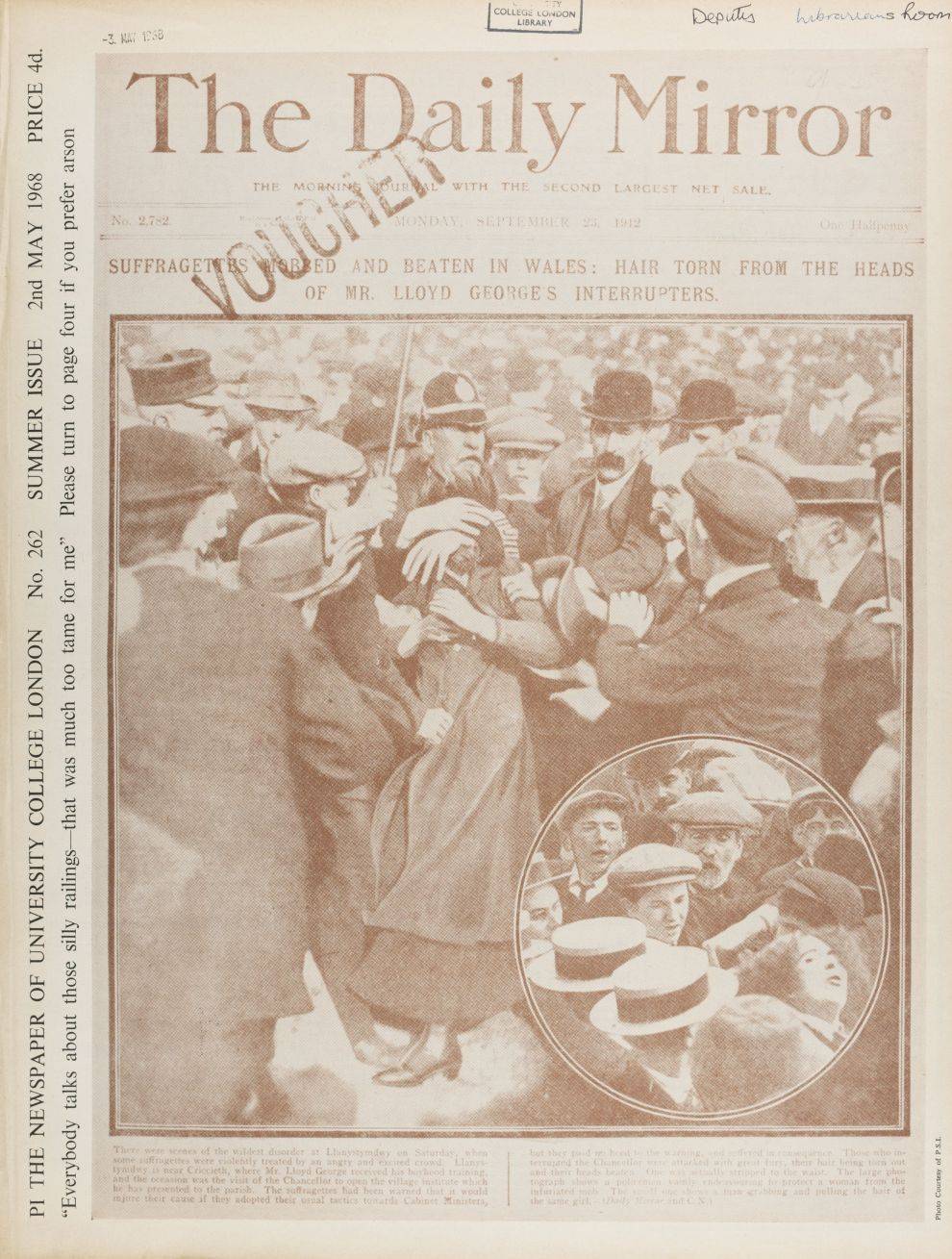