Although it is frequently claimed that UCL was the first university in England to admit women on equal terms with men, the facts are actually more complex. Women were admitted to University of London degrees in 1878, but they were not admitted to all Faculties at UCL until after the First World War. Meanwhile physical areas such as building entrances and common rooms were segregated.

The Men and Women’s Club was formed in 1885 by the recently appointed Chair of Applied Mathematics, Karl Pearson, to discuss ‘relations between the sexes’. Its meetings were often fraught and tense, and the Club collapsed in 1889. Nevertheless it neatly reflects the anxieties surrounding the emergence of the ‘New Woman’ and the changes wrought by the Married Women’s Property Act of 1882 with its attempt to hold scientific discussion on topics such as marriage, sexuality and prostitution. On display is a discussion of the notorious Contagious Diseases Acts, which allowed the arrest of women suspected of being sex workers, and the confinement of those arrested women found to have sexually transmitted infections after compulsory medical checks were conducted. The Acts had only recently been repealed (pp.184–5). 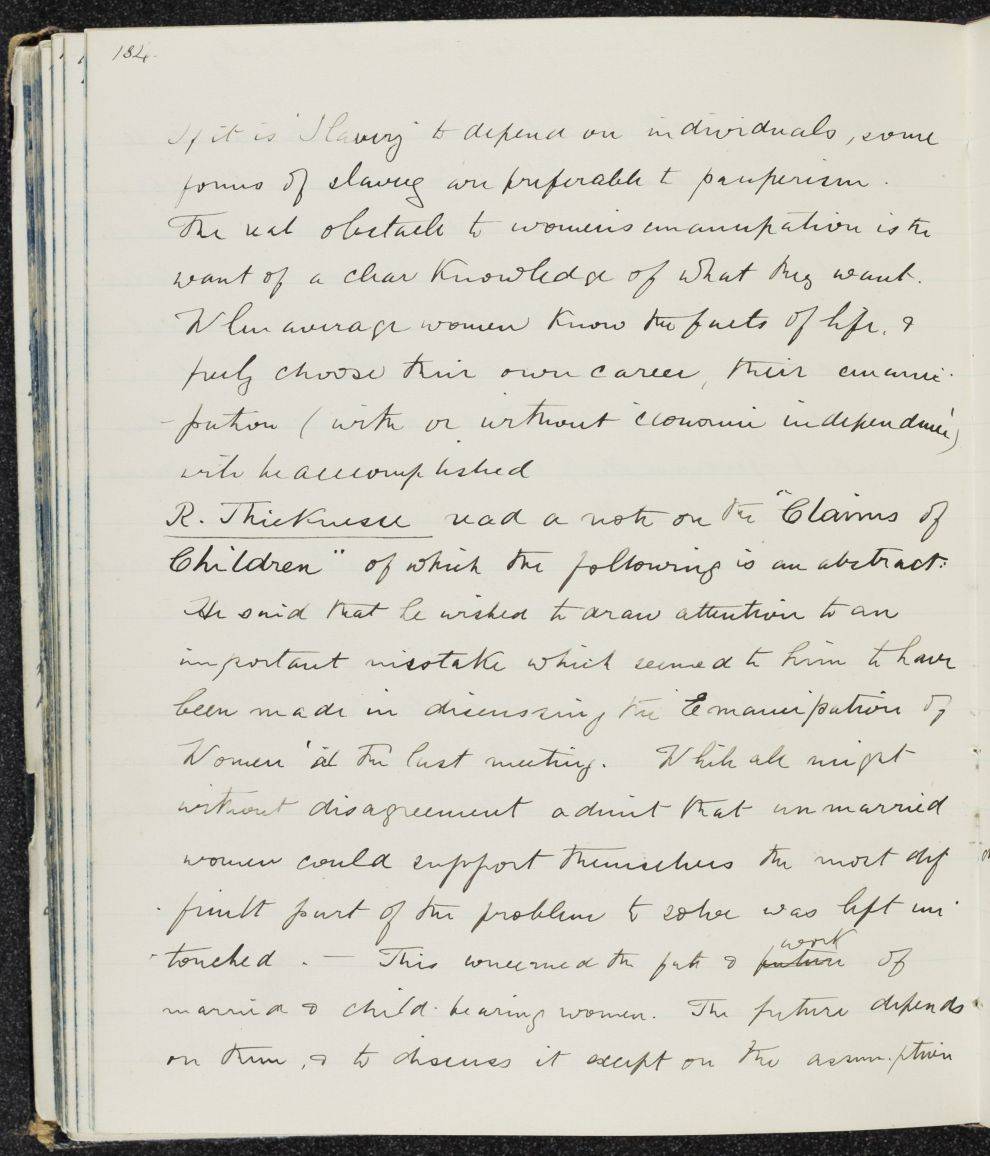