John Stuart Mill was the first MP to call for women’s suffrage. He and Robertson were both involved in the London National Society for Women’s Suffrage, to which this letter refers. However, there was considerable disagreement within the women’s suffrage movement over their objectives and the approaches they should take.

In an earlier letter to Mill, Robertson criticised one of the Society’s female speakers for her poor lecturing skills, opining that she is merely a ‘pretty face’. In response, Mill here argues that having an attractive woman speaking on enfranchisement is important as an illustration to younger women ‘that the championship of women’s cause is not confined to women who have no qualifications for success in the more beaten track, and that they would not, by joining in the movement, forfeit their chance of the ordinary objects of women’s ambition … It is above all on the minds of women that we ought to work, for when the majority of them think the change right, it will come’. 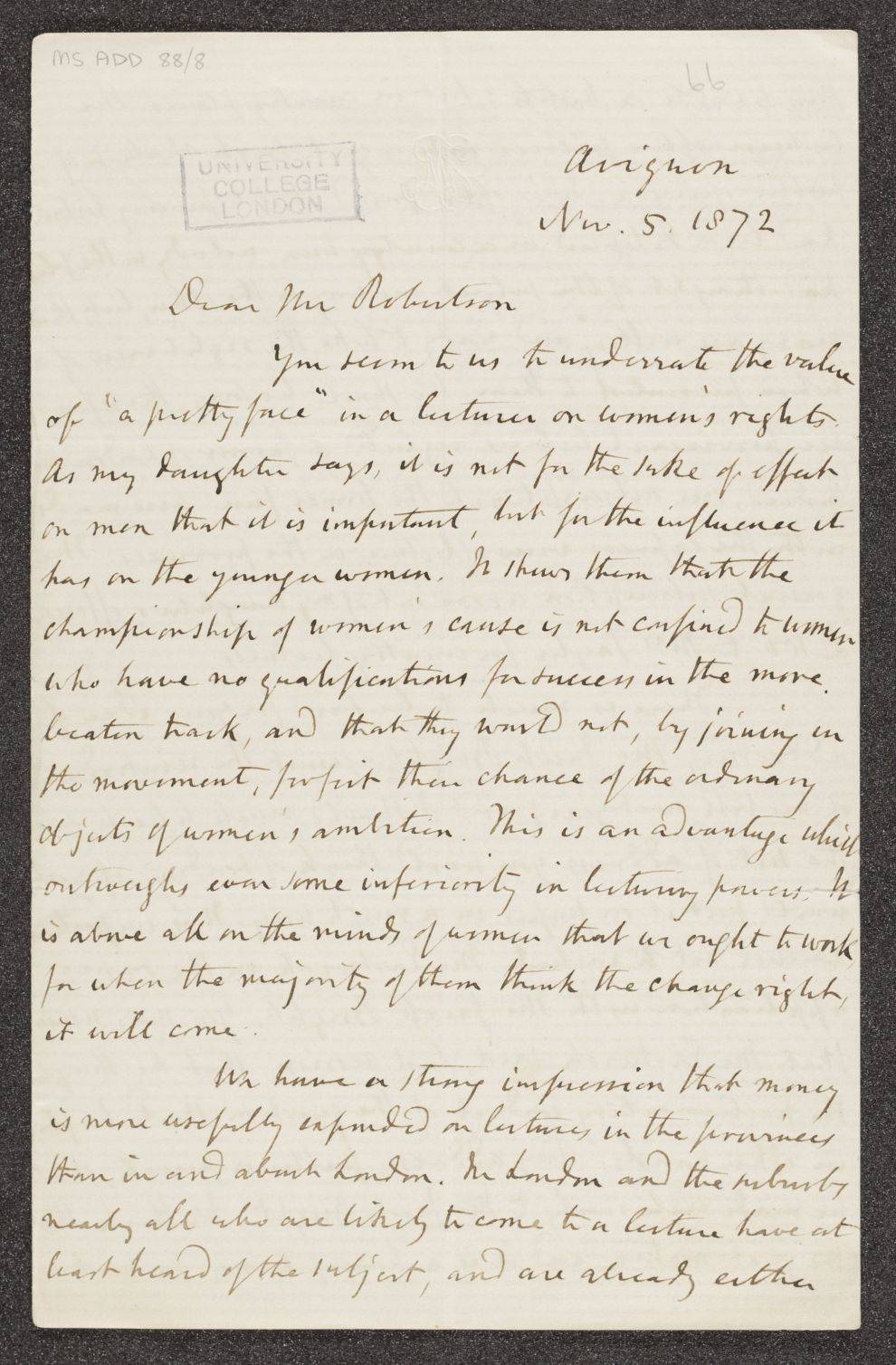