Housman, Laurence. An Anti-Suffrage Alphabet. Stencils by Alice B. Woodward & others, 1911

This satire of anti-suffrage attitudes was produced to raise funds for the women’s suffrage movement. It was advertised in Votes for Women on 15 December 1911, probably to coincide with the Christmas gift-buying season. Merchandise, sold in regional branch shops, was important in promoting the Women’s Social and Political Union (WSPU). To help, the Woman’s Press was established in 1907 as a strategic marketing arm.

Laurence Housman, who had written children’s fairy tales and first worked as a book illustrator, designed the volume in imitation of a child’s alphabet. Stencils were contributed by female artists such as Ada Ridley, then in her forties. She had grown up in Ipswich, and was involved in the women’s suffrage movement with her mother. Copies were hand-printed, in the WSPU’s colours of purple and green on white, by Leonora Tyson at her home in Streatham. Aged 28 years at the time, Tyson had served on the Streatham and Lambeth branch committees of the WSPU. Heavily involved in suffrage activism, she was arrested the following year and force-fed in prison after going on hunger strike. 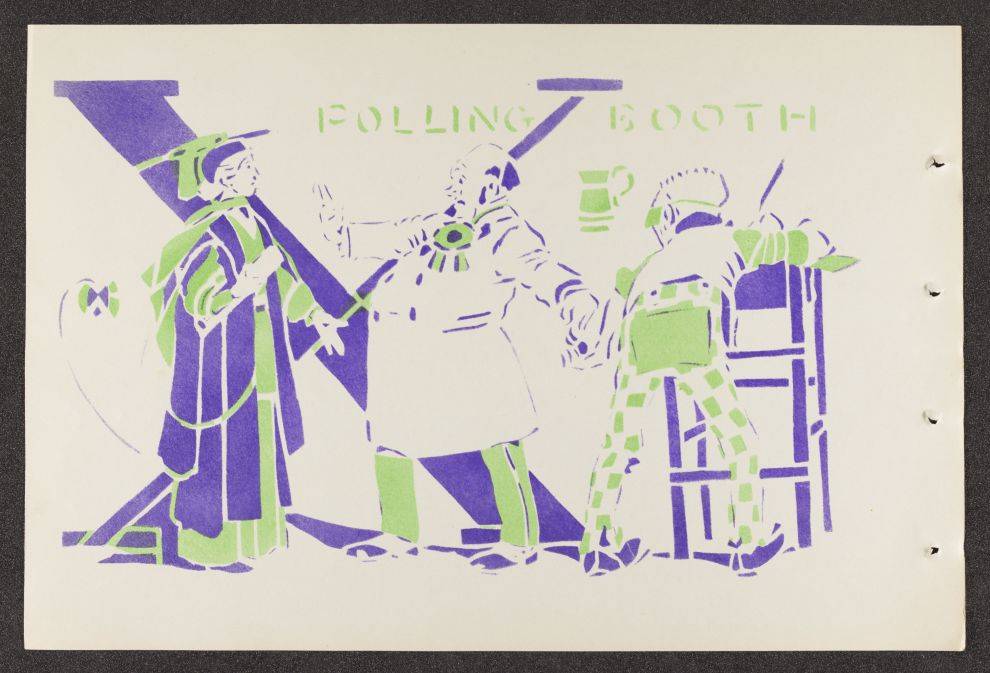 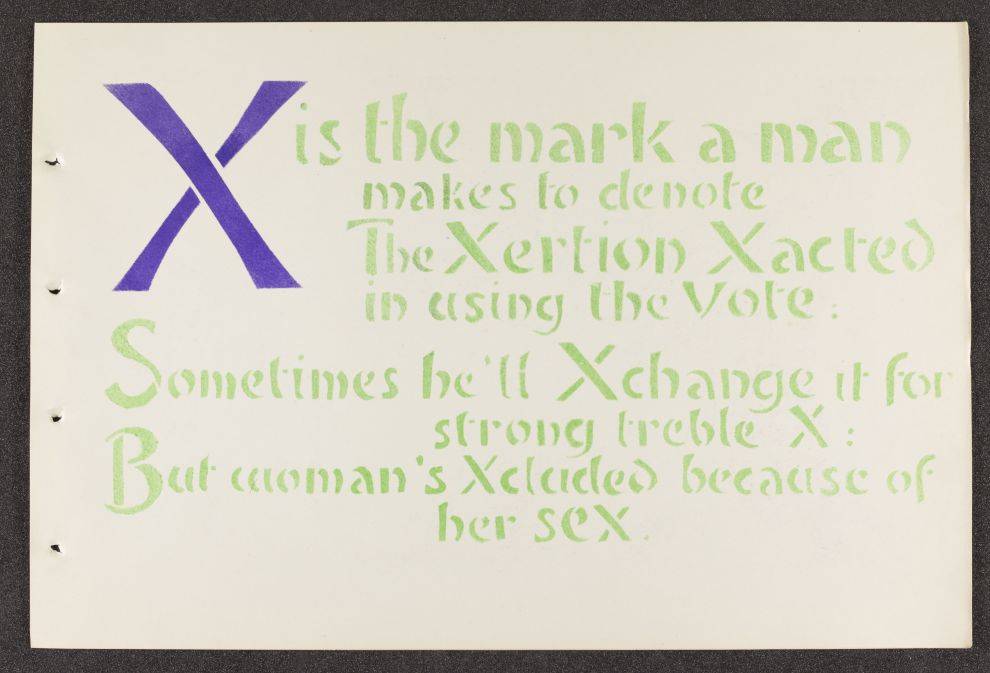