This open letter from William Ewart Gladstone to fellow MP Samuel Smith sets out Gladstone’s opposition to the 1892 Parliamentary Franchise (Extension to Women) Bill. He argued that the wording and ramifications of the Bill had not been properly considered; it excluded married women and did not specify whether all those who were enfranchised could also hold public office. Gladstone also stated that there were women who did not want the vote and that this Bill would place upon women a responsibility to which they were not suited:

‘I have no fear lest the woman should encroach upon the power of the man. The fear I have is lest we should invite her unwittingly to trespass upon the delicacy, the purity, the refinement, the elevation of her own nature, which are the present sources of its power.’

The Bill was fiercely contested in Parliament by both suffragist and anti-suffragist MPs. It was defeated by just 23 votes. 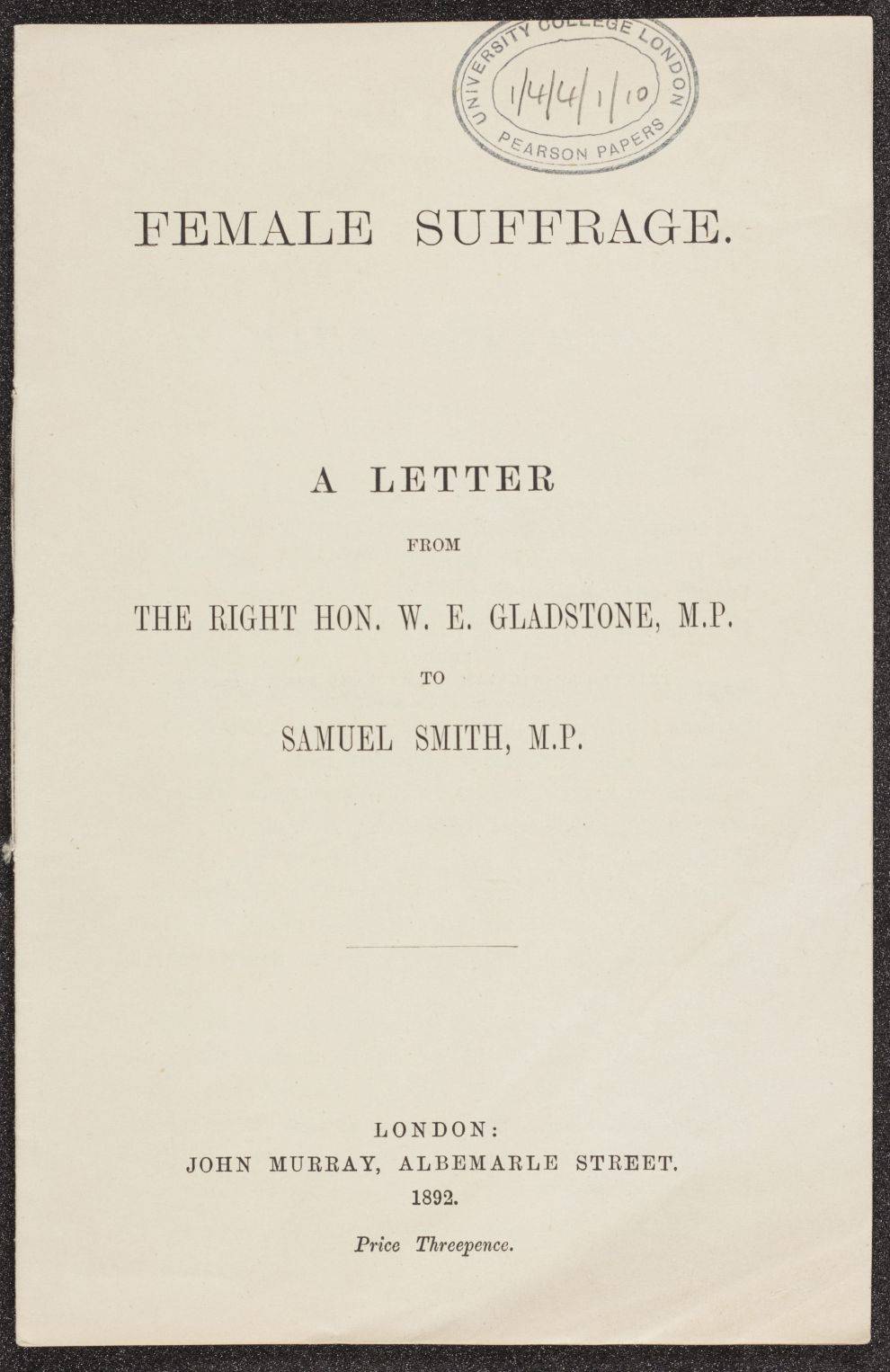