qUCL ONLINE: Why We Should Care About Queer Vikings, LGBT History month 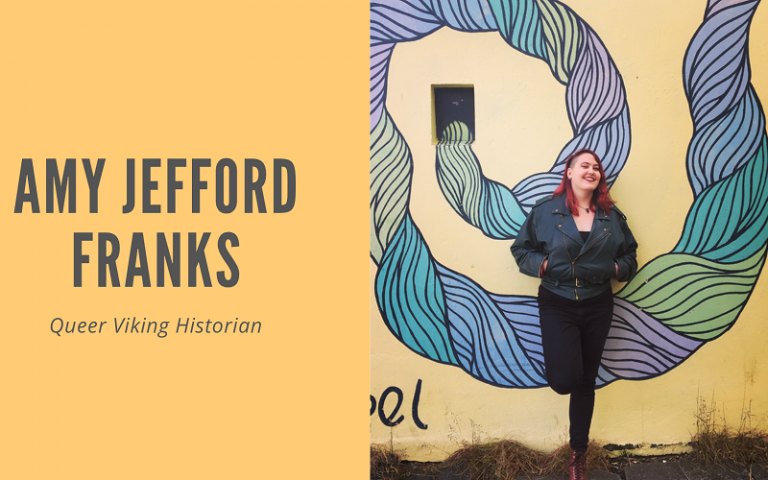 As part of LGBT History month, qUCL is delighted to welcome Amy Jefford Franks, who will discuss the evidence for queer Vikings, and the link between white supremacy and hypermasculine interpretations of Vikings.

Very few scholars dedicate their work to exploring queerness in the Viking Age, despite there being a wealth of evidence to help us explore these ideas. In contrast to this small academic field, the public perception of ‘Vikings’ relies on the idea that Viking Age Scandinavians were the epitome of masculinity, often stressing toxic and hyper- forms of masculinity. This is particularly evident in the white supremacist interpretations of Vikings. This paper will address the evidence for queer Vikings, the link between white supremacy and hypermasculine interpretations of Vikings, and how drawing attention to the existence of queer Vikings allows us to disrupt this narrative.

All are welcome. The event will run on Zoom. The link and passcode will be provided on your confirmation email when you register. Please register to attend at https://qucl-vikings.eventbrite.co.uk

This event is organised by qUCL, which is part of the UCL Institute of Advanced Studies.

Amy is currently an independent scholar, and holds an MA in Viking and Medieval Norse Studies from the University of Iceland. Their work focuses on pre-Christian Scandinavian religion from a perspective of gender and queerness. They also work on Medievalism and the use of ‘Vikings’ in white supremacy in the last two centuries. Amy also hosts the podcast ‘Vikings Are Gay’ and has appeared on a number of podcasts, radio shows, and been interviewed for The Sunday Times.