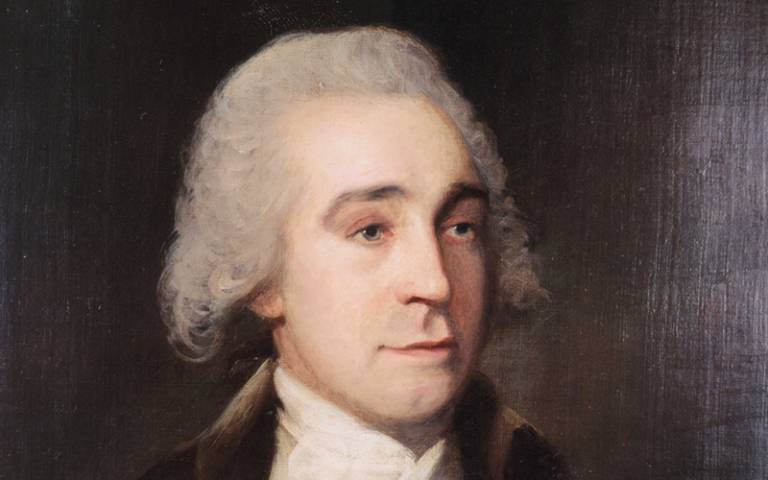 In 1959, the UCL Bentham Project was founded to produce the new authoritative edition of The Collected Works of Jeremy Bentham. An 18th century philosopher and reformer, Bentham’s views have great significance for contemporary debates on numerous issues including prison reform, international law, religion, democracy, sexuality and animal welfare. UCL is home to Bentham’s manuscripts, approximately 60,000 folios, covering over 30 million words. To date 30 volumes have been produced, with another 40 still to be transcribed.

UCL is home to Bentham’s manuscripts, approximately 60,000 folios, covering over 30 million words. To date 30 volumes have been produced, with another 40 still to be transcribed.

To facilitate this huge undertaking, Professor Philip Schofield, Director of the UCL Bentham Project, has pioneered an award-winning, innovative approach. Transcribe Bentham crowdsources people from around the world to help transcribe the unpublished manuscripts, creating a digital repository of Bentham’s work. The project has been funded by the AHRC, the Andrew W Melon Foundation and the European Commission. In 2011, it was awarded the Prix Ars Electronica Award of Distinction.

Transcribe Bentham has had wide-reaching impact, both for the UCL Bentham Project and the public. It has:

Watch Professor Philip Schofield discussing some of the myths surrounding Jeremy Bentham, as well as his remarkable life and work.

Escape from Australia: a convict’s tale

One of the discoveries in Bentham’s collections has been the ‘Memorandoms’ of James Martin, the only first-hand account of one of the most famous escapes by a convict transported to Australia.

Read the Transcribe Bentham blog for the latest updates