Revealing and improving the judicial system

Pioneering empirical research with judges and juries, yielding unique insights for the first time into the workings of professional judges and lay judges (juries) 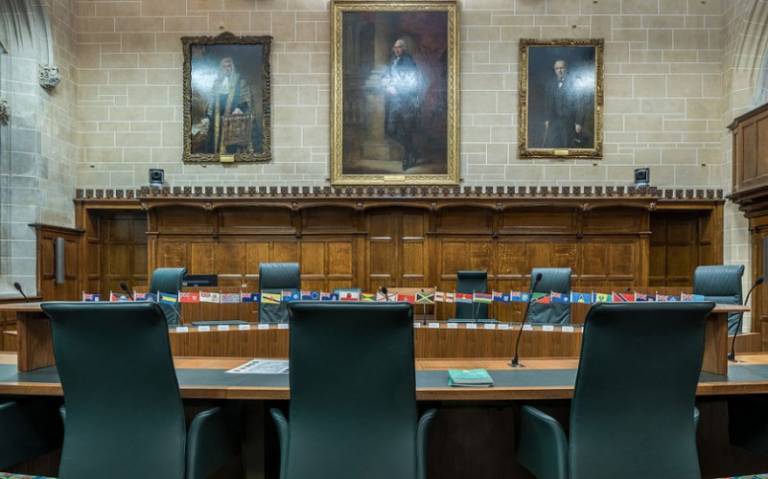 The UCL Judicial Institute and UCL Jury Project, led by Professor Cheryl Thomas, have pioneered empirical research with judges and juries, yielding unique insights for the first time into the workings of professional judges and lay judges (juries).

On behalf of the judiciaries of England & Wales, Scotland and Northern Ireland, Thomas has developed and run the UK Judicial Attitude Survey since 2014, an internationally unique longitudinal study of the working lives of judges.  The survey results were integral to the 2017 House of Lords Select Committee on the Constitution findings of a crisis in judicial recruitment that threated the UK’s world-renown justice system, and were integral to the financial settlement on judicial salaries reached in 2019 between the UK judiciaries and UK government.

The UCL Jury Project, led by Thomas, has pioneered empirical research with real juries, yielding unique insights into the jury system and leading to direct and measurable improvements in the conduct of jury trials. In 2017 Thomas’ research, commissioned by the Lord Chief Justice, revealed substantial gaps in jurors’ understanding of their legal responsibilities that risked jurors committing contempt.

The successful creation and testing of a new Juror Notice by Thomas with real juries at court significantly improved juror understanding and led to the adoption of a new Criminal Practice Direction in 2019 making the Juror Notice compulsory in all criminal trials in England and Wales.  This is now the first and only universal written direction for juries in England and Wales.

In 2018, amidst debate about the extent to which ‘rape myths’ (popular but unfounded ideas about sexual offences and how victims might respond to them) influence verdicts, the then President of the Queen’s Bench Division and Head of Criminal Justice, Sir Brian Leveson, commissioned Thomas to assess the extent to which real jurors at court believe rape myths.

Research in 2018–19 with over 700 serving jurors found that jurors do not believe a number of key myths and stereotypes, but that there are enough jurors who are uncertain about certain factual issues to support better guidance being provided. This research has been cited in ongoing debates about the slump in rape convictions. (Hear Professor Thomas discuss her research on the BBC Law in Action podcast.)

Supplement to the Fortieth Annual Report of Senior Salaries 2018

Most judges do not feel valued by government - survey