At a recent meeting of the Selden Society, Professor Sir John Baker was awarded the Society’s gold medal; HHJ Donald Cryan was elected as president; and Dr Ian Williams delivered the annual lecture. 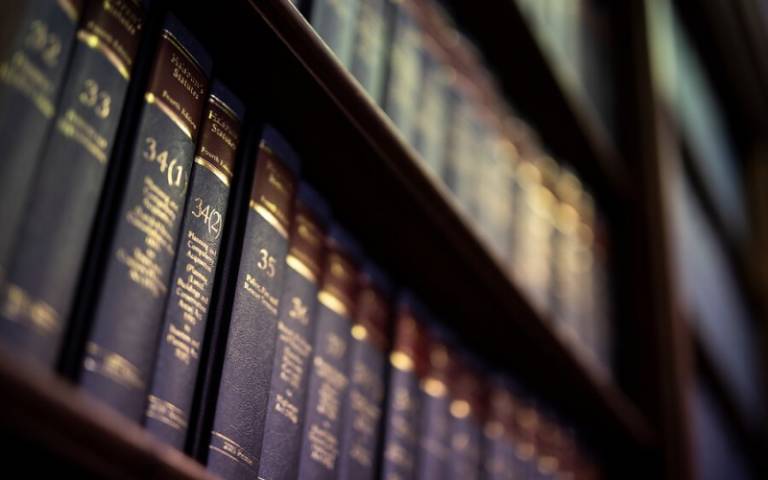 On Thursday 14 July, the Annual General Meeting of the Selden Society - the learned society and publisher for English legal history - was held at Gray’s Inn, London.

The Society presented UCL Laws alumnus Professor Sir John Baker with the Society’s gold medal for his contributions to the Society and to English legal history. This is only the second time the Society has awarded the medal. The prestigious achievement reflects Sir John’s many contributions to the Society as Council member, treasurer, Literary Director and President, as well as over twenty volumes in the Society’s annual and supplementary series of volumes. The most recent volumes (two volumes of a planned five) were published this year and are unknown cases from the notebooks of Sir Edward Coke, the famous early-seventeenth century judge.

The Society also elected UCL Laws alumnus His Honour Judge Donald Cryan as its President. HHJ Cryan has been instrumental in establishing the combined Inns of Court/Selden Society lecture, which will be delivered by Lord Judge.

At the same meeting, Dr Ian Williams (Associate Professor at UCL Laws) delivered the Society’s annual lecture on ‘The Saxon Constitution and Early-Modern Law’. Dr Williams explored early-modern lawyers’ knowledge of law from before the Norman Conquest and how this was used in practice, especially in major constitutional controversies of the sixteenth and early-seventeenth centuries. A recording of the lecture can be viewed on the Selden Society’s YouTube channel.