Dr Paparinskis has been elected to the International Law Commission, a United Nations body of legal experts responsible for the progressive development and codification of international law. 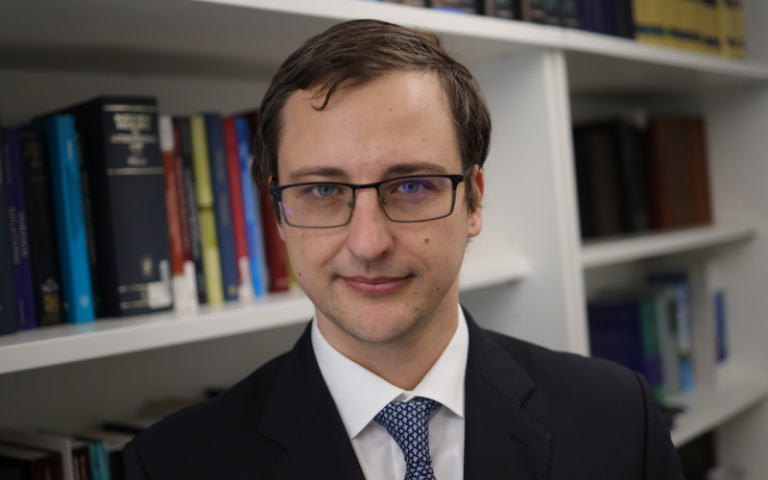 Dr Martins Paparinskis (Reader in Public International Law at UCL Laws), who was jointly nominated by Latvia, Lithuania and Estonia, will be among 34 members of the Commission, addressing a range of issues from the legal implications of sea level rises to immunity of state officials from foreign criminal prosecution.

Since its founding, the Commission has made important contributions to the law of treaties, state responsibility law, diplomatic and consular law, and the law of the sea.

Dr Paparinskis said: “I am delighted to be elected as the first Baltic member of the Commission and I am grateful for the co-nomination of the states of Latvia, Estonia and Lithuania and, of course, the positive vote of the UN Member States in the General Assembly. UCL has a unique connection to the Commission, as Jeremy Bentham, whose ideas were important to the founding of UCL, was one of the earliest figures to propose codifying international law – a term that itself originates in his work.”

Professor Piet Eeckhout (Dean of UCL Laws) said: “It is terrific news to hear that our colleague, Dr Martins Paparinskis, is appointed to the International Law Commission. The ILC is a key actor in the construction and development of public international law.  Our Faculty is thrilled that Martins’ work and profile are recognised in this way. UCL Laws prides itself on its international law team, and it is great to see this recognition. Our warmest congratulations to Martins. We will of course support him in performing this new role, and are looking forward to welcoming the impact he will undoubtedly have.”

Dr Paparinskis joined UCL Faculty of Laws in 2013. Prior to this, he was a Junior Research Fellow at Merton College Oxford and a Hauser Research Scholar at the New York University. He is a generalist public international lawyer with a variety of specialist interests, including international investment law, international human rights law, and international environmental law. He is also a member of the Permanent Court of Arbitration and the OSCE Court of Conciliation and Arbitration.