The UCL Laws team were named runners up in the mooting competition, with Samuel Yee Ching Leung also named the best speaker. 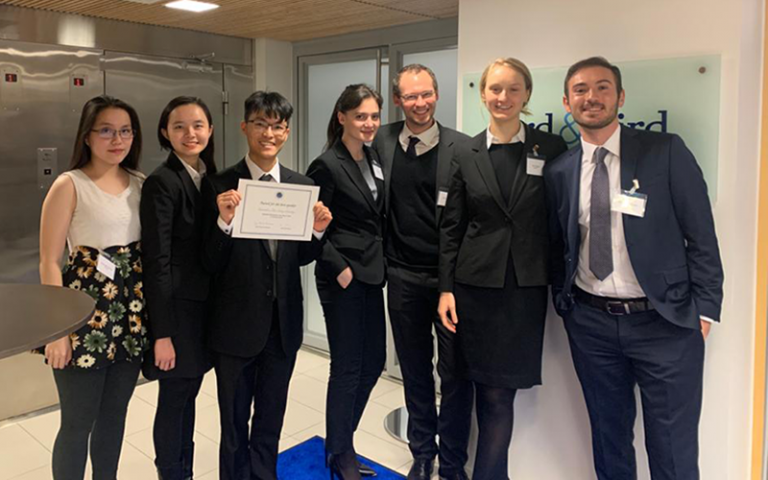 The Helsinki Information Law Moot, held on January 27th in Helsinki, Finland, is a unique mooting competition as it focuses on topics in the field of data protection. The competition was hosted by law firms Castrén & Snellman and Bird & Bird. The UCL Laws team submitted its written submission in November and was subsequently invited to participate in oral pleading in front of a panel of judges including Reijo Aarnio, Data Protection Ombudsman in Finland.

The participants of the competition were judged for their argumentation, preparation, and presentation in the first round, with only two teams qualifying for the final round. Team Bentham (UCL) was selected to compete in the final round, and was declared first runner up at the end.
UCL Laws LLM student Samuel Yee Ching Leung was recognised as the best speaker of the competition, and was given the Ada Lovelace Award.

The UCL Laws team members were:

Congratulations to everybody involved!