The article discusses the plight of migrant domestic workers who arrive in the UK under an Overseas Domestic Worker visa. 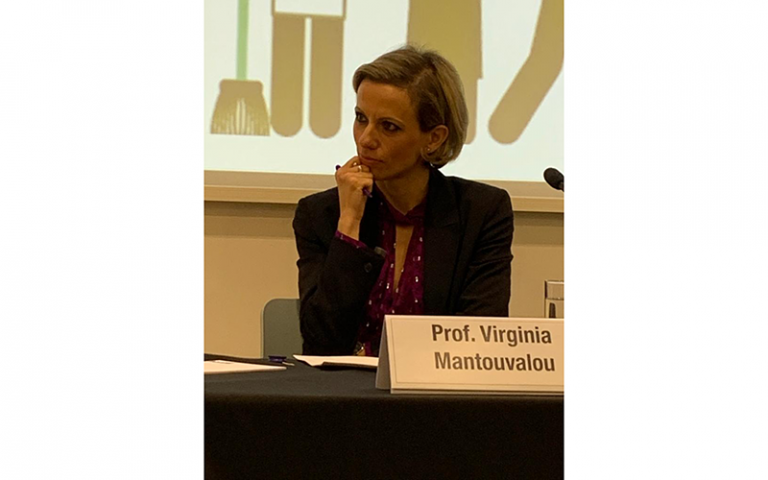 The Financial Times Weekend published an article entitled ‘Behind Closed Doors - Modern Slavery in Kensington', featuring an interview with  Professor Virginia Mantouvalou (Professor of Human Rights and Labour Law at UCL Laws). The article discusses the plight of migrant domestic workers who arrive in the UK under an Overseas Domestic Worker visa. This visa effectively ties workers to the employer with whom they arrived, giving them the right to change employer in extremely limited occasions. In this way, it makes workers vulnerable to ongoing cycles of exploitation and abuse. The FT magazine article exposes stories of ill-treated workers in London’s wealthiest neighbourhoods.

Professor Mantouvalou has published extensively on this issue and is also a Trustee of the NGO Kalayaan, working on the rights of migrant domestic workers in the UK. She was interviewed by Robert Wright, Financial Times Social Affairs Correspondent, and worked with him while he developed his piece.

In the FT article, Professor Mantouvalou explains the problems created by the visa, the vulnerability of these workers, and the role of the law in creating this situation. She says that the visa scheme  "makes you feel suspicious about how committed the government are to tackling modern slavery.” And she further explains: “Of course, there are terrible individual employers who take advantage of workers. But there are structures, including legal structures, that make workers vulnerable to exploitation. So why not change those as well?”