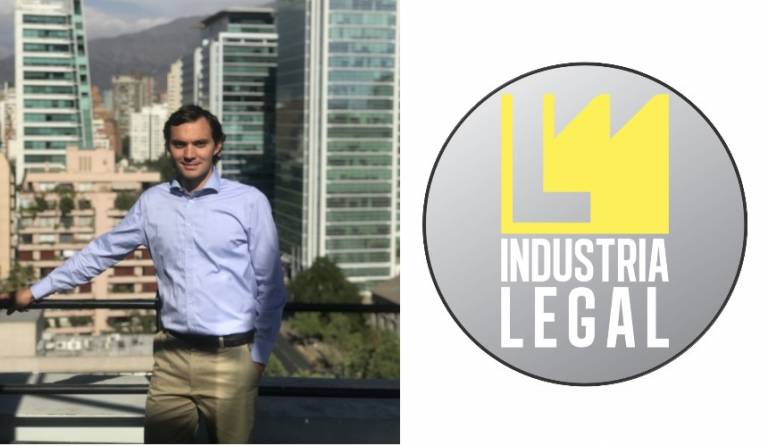 Earlier in the year, José Alberto decided to set up the publication of a law magazine in Chile, named Revista Industria Legal. He realised that law firms were creating more digital content during the Covid-19 pandemic and sharing their publications on social media – particularly LinkedIn. Law firms would circulate the same articles among their followers, resulting in people repeatedly seeing the same content on their social media feeds.

José Alberto said: “With that in mind, I had the idea to unite those efforts, and to produce something more useful for the whole community. The idea was to create a tool for people working in corporations and in-house lawyers, who do not have enough time to study legal news.”

José Alberto began contacting the law firms to contribute content - which proved difficult at first because the magazine was in the early stages of development.

“But everything changed when we obtained the support of the first firms. That activated the Domino Effect, and in just a few weeks, some of the largest and most prestigious law firms in Chile had agreed to take part. Now, and thanks to the work of our partners in four countries, Revista Industria Legal is produced with the collaboration of over sixty of the top ranked Latin American firms.”

Volumes are published every two months and also feature interviews with key figures in the industry, including CEOs and General Counsels. More than twenty law firms in Chile contributed content to the magazine, and the first issue was launched on 30 September 2020 – receiving more than 1200 readers in the first 24 hours of publication. Since then, the magazine has gone from strength to strength.

Because of the magazine’s initial success, José Alberto decided to expand the magazine to other countries in South America. He contacted two former UCL classmates from Colombia - Andrea Hernández and Marcelo Buendía (both UCL Laws LLM 2017-18) - and presented the idea to them. They immediately agreed, and started contacting law firms to write about specific legal topics. At the end of November the first volume was issued in Colombia – with great success – and in the following months. new releases are scheduled in Chile, Colombia, Ecuador and Peru.