Rare Rising Stars is Rare’s annual awards ceremony celebrating the UK’s top ten black African and Caribbean university students. The awards aim to share positive stories about black students, and to inspire the next generation by providing them with access to role models. 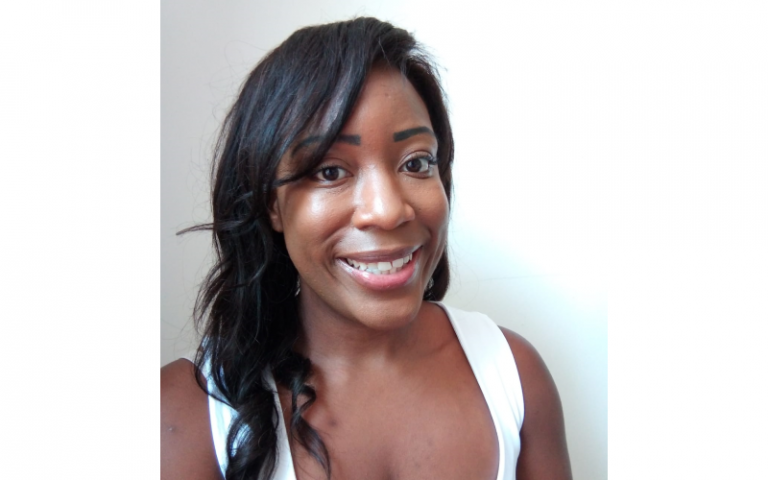 UCL Laws is delighted to share that LLM student Cianne Jones has been named as one of 2020’s Top 10 Rare Rising Stars, placing 3rd.

For over ten years recruitment firm Rare has searched the country for students who have achieved academically as well as in business, charity, community organising, music, sport and technology. This year’s Rare Rising Stars Award Ceremony were held virtually and streamed on YouTube on 6 August 2020 - a recording of the live stream is available to watch now.

Growing up as a working-class girl from a single parent household in East London, Cianne has overcome a number of barriers to get to where she is now. For her, it was the cherished relationship with her grandmother, who pressed upon her the importance of getting an education, that helped to set her on the right path. Volunteering also formed a big part of Cianne’s childhood, with her mother introducing her and her brother to volunteering at a very young age.

Cianne’s volunteer work started through her mother, who was the director of a domestic violence charity in Newham where Cianne gave her time throughout school and university. She went on to read Law at Brunel University between 2004 and 2007, where she wrote a first-class dissertation on domestic violence and provocation. After graduation, Cianne had to put her legal education on hold due to the unfortunate passing of her brother. She stayed at home for two years, working for Hackney Council whilst still volunteering in the charities sector, before completing her LPC in 2010.

In 2011, Cianne applied to the Vodafone World of Difference Programme and was picked as one of 500 UK winners. The programme gives the winners the chance to work for a UK-based charity of their choice and get paid for their time. Cianne chose to work full-time for a year with Newham Action Against Domestic Violence.

Following her work with women’s charities, Cianne was able to secure a training contract with TV Edwards as a Family Law trainee, qualifying as a family solicitor in 2013. However, Cianne quickly realised that her heart lay in the charity sector and decided to use her new skills in advocacy in a women’s rights organisation.

In 2014, Cianne became a Team Leader with Restless Development, a British Youth development organisation. The role took her to Uganda where she was able to lead a team of 18 – 25-year olds on a sexual reproductive health and rights project in rural Uganda. After six months of witnessing the lack of access to information and services for rural women and girls, Cianne decided to set-up her own NGO, Women in Leadership (WIL Uganda).

WIL Uganda operates with a mission to empower women and girls with the knowledge and skills to become leaders in their own communities. In 2014, Cianne created five rights-based in-school projects and three community-based projects, which have since been consolidated into three projects: Reproductive Health, Education and Livelihoods. When Cianne started her NGO, she had no job and no formal income, returning to the UK to sell her car and any other assets to raise funds for the organisation. She also held fundraising events and began working for some UK-based charities so she could send half of the income to Uganda to run the project. Cianne ran WIL Uganda from 2017 – 2019 unpaid in order to fundraise effectively and to ensure that her volunteers and staff were all able to earn an income.

Since then, WIL Uganda has gone on to raise funds from Lush UK, The Pollination Project in the US and to form partnerships with several advocacy partners. They have gone from receiving small grants of £5,000 to receiving $99,000 this year from Grand Challenges Canada for their new, year-long Reproductive Health project. Cianne’s team has grown from two to seven paid staff, three volunteers and a village-based office, running a series of programmes across literacy, education and now sexual health.

Reproductive Health, funded by Grand Challenges Canada, delivers a reproductive health and rights outreach programme called My body, My rights. It trains local community health workers to deliver workshops to empower women and girls in remote areas. The Education project is an adult legacy programme which provides free weekly literacy and numeracy workshops for women living in remote areas, reaching 200 women so far. The Livelihood project, Ba Nyabo, works as a social enterprise that teaches women to make crafts items for sale. Ba Nyabo works with Artisans Thrive, a Colorado-based Fairtrade organisation, which buys jewellery and crafts from the women three times a year to help to provide them with an income. So far, the enterprise has supported 60 women in earning an additional income since its inception and Ba Nyabo has been featured on platforms like the Huffington Post.

WIL Uganda’s projects have reached over 2,500 women and girls in rural villages in eastern Uganda, delivered over 1,200 workshops and supported rural women in assuming positions of leadership in their own communities. The new Reproductive Health project hopes to reach 1,500 women and girls, and is set to finish in September this year. WIL have also recently signed a memorandum of understanding with the Bugweri District in Uganda with a plan to scale up the project across the district, reaching thousands more of rural women and girls.

Cianne is now studying full time for an LLM degree at UCL Laws, whilst working remotely two days per week and most weekends to support her charity in executing its upcoming projects. Before that, she worked full time as the Ugandan Country Director of Lively Minds, an award-winning early childhood development charity, consulting the Ugandan Government on early childhood development policy.