UCL Faculty of Laws held a special staff/student seminar on the ‘Law and Politics of Brexit: State of Play’ on Wednesday 9th October. 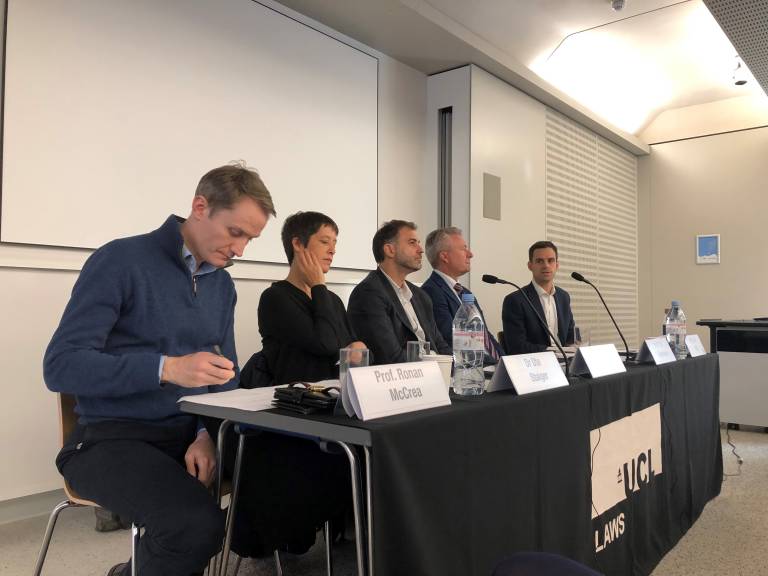 This was an exceptional event in the UCL Laws weekly Faculty research seminar series, opened up to second year and LLM students as a wider UCL Laws community event. There were impressive presentations from academic experts on a wide range of issues relating to Brexit, followed by challenging and engaged discussion between staff and students.

Professor Piet Eeckhout, Dean of UCL Laws, presented his argument that any request by the UK government to extend Article 50 must be approved by the EU Council under EU law, or that the Council should otherwise have very good reasons for rejecting any such request. Dr Uta Staiger, Executive Director of the UCL European Institute, examined, from a political theory perspective, why Britain bargains hard in EU negotiations with a weak hand and what the implications for adopting this position might be going forward. Dr Tom Hickman QC, Reader in Public Law at UCL Laws, who represented campaigner Gina Miller in the challenge to prorogation in the Divisional Court, explored the constitutional implications of the Miller No 2 decision, arguing that the case is mainly significant for its implications for the relationship between the Supreme Court and the executive. Professor Jeff King, Professor of Law at UCL Laws and Legal Adviser to the House of Lords Constitution Committee, considered the performance of the British constitution during Brexit, exploring how things might have been different if the UK had had a written constitution during the referendum and post-referendum events.

The event was chaired by Professor Ronan McCrea, Professor of Constitutional and European Law at UCL Laws, who is an expert on EU constitutional law and frequently appears on Irish television to analyse UK Brexit developments for an international audience. 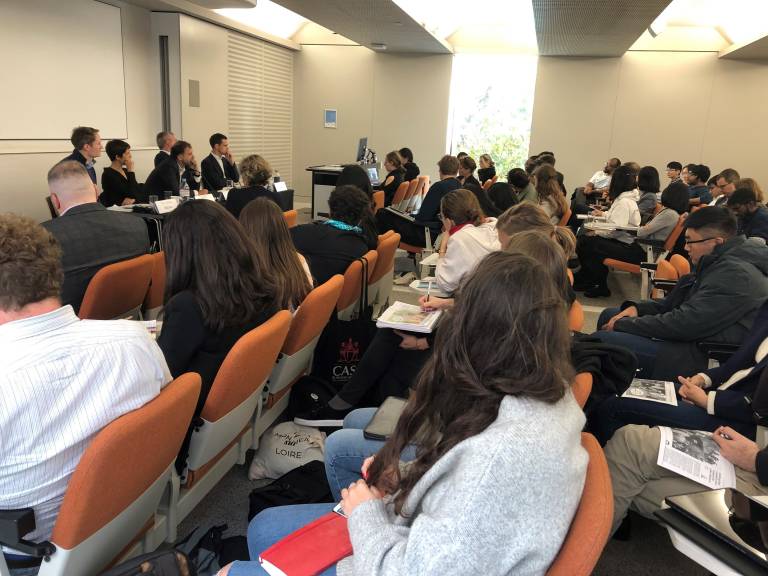