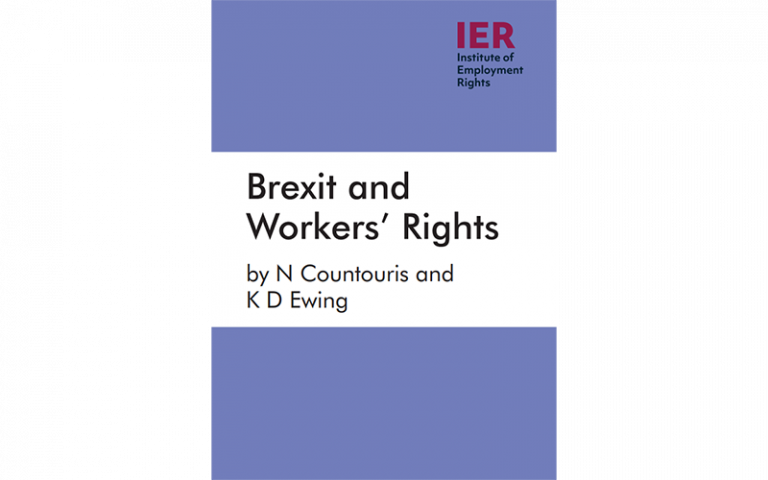 A report entitled Brexit and Workers’ Rights has been published by the Institute of Employment Rights, co-authored by Professor Nicola Countouris (Professor of Labour Law and European Law at UCL Laws) and Professor Keith Ewing (Professor of Public Law at The Dickson Poon School of Law, King’s College London).

Brexit and Workers’ Rights considers the possible implications of a ‘no-deal Brexit’ for UK workers’ rights. Professor Countouris and Professor Ewing conclude that the process and the post-Brexit architecture will be owned and determined by the political party in power at the time of Brexit and they pose two alternative scenarios.