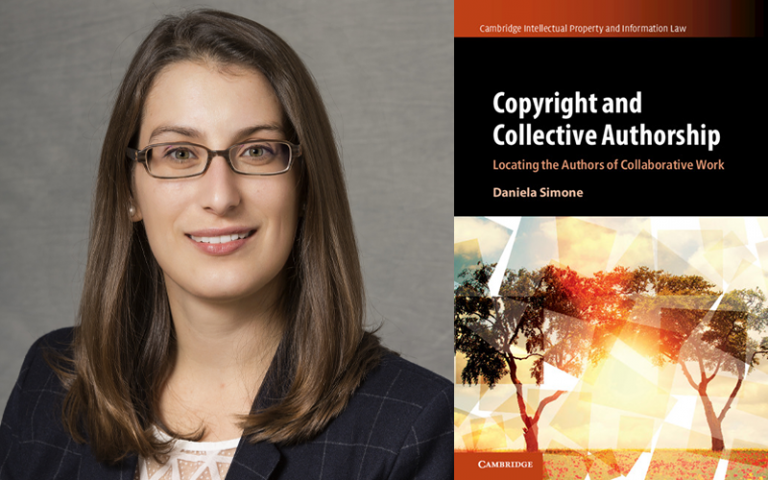 A monograph by Dr Daniela Simone, Lecturer at UCL Faculty of Laws and Co-Director of the Institute of Brand and Innovation Law, has been cited in a recent decision by the Court of Appeal of England and Wales, Kogan v Martin [2019] EWCA 1645.

The case is one of the most significant decisions concerning the test for joint authorship in UK copyright law to come before the courts in a number of years because it provides clarity in an important aspect of copyright law which, hitherto, has been the subject of conflicting case law. It considered whether appellant Julia Kogan had made enough of the right sort of contributions towards the screenplay for the film Florence Foster Jenkins to be considered a joint author, and so joint owner, of the work. Originally, when the film was released in 2016, Nicholas Martin was attributed as its writer, and his claim to sole authorship had been upheld in proceedings before the IP Enterprise Court in 2017, but as a result of the appeal, the case will be the subject of a retrial.

Dr Simone’s book, Copyright and Collective Authorship: Locating the Authors of Collaborative Work, includes a critical evaluation of the approach adopted by the first instance court. Although only published in May this year, this was just before the hearing of the appeal. Her argument that the trial judge had incorrectly characterised Kogan’s contribution to the script and had adopted a novel, but incorrect approach, was echoed by the three Lord Justices of Appeal. Dr Simone has proposed an inclusive, contextual approach to the joint authorship test. The Court of Appeal appears to have taken significant steps in this direction in this case.

‘The Court of Appeal has provided much needed analytical clarity to an area of law which has been fraught with uncertainty. This decision provides a nuanced framework for the application of the joint authorship test that recognises the special characteristics of collaborative endeavours and the importance of encouraging and rewarding authors’.