All the case notes in the latest issue of the Modern Law Review have been authored by research students at UCL Laws. 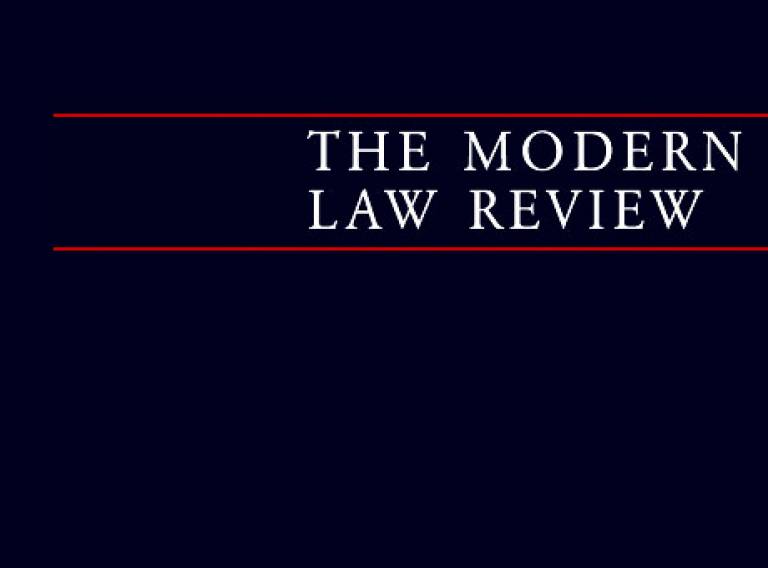 Caspar Bartscherer has reviewed a recent decision of the Supreme Court on damages in the law of Contract in his case note ‘Two Steps Forward, One Step Back: One Step (Support) LTD v Morris‐Garner and Another’.

One Step is an important decision that deals with the circumstances in which a claimant may recover damages in contract on the so‐called Wrotham Park basis, valued as the amount that would hypothetically have been negotiated between willing parties to release the defendant from his obligation. This note argues that, although the Supreme Court was right not to award damages on this basis in this case, the test laid down by their Lordships for when such damages are available is unclear and will be difficult to apply.

Joseph Crampin, who is also a Teaching Fellow at UCL Laws, has written about gateways for serving out under the English rules on Conflict of Law in 'Fog in the Gateway: Brownlie v Four Seasons Holdings Inc'.

Brownlie is the first occasion which the Supreme Court has addressed the controversial question of when the courts can exercise jurisdiction over persons outside the territorial jurisdiction of the courts in cases where ‘damage’ has occurred within the jurisdiction, under the gateway for service out in para 3.1(9)(a), PD 6B, CPR.

A number of first instance decisions asserting an expansive jurisdiction in such cases—a departure from the old approach under the pre-CPR rules which has been the subject of significant criticism. The case note argues that the majority’s (obiter) support for the first instance decisions is unsatisfactory, since it ignores the legislative history of the provision and provides an incomplete conception of the justice of the wider jurisdiction to support its interpretation.