Pre-publication versions of Bentham's work are now available for download. 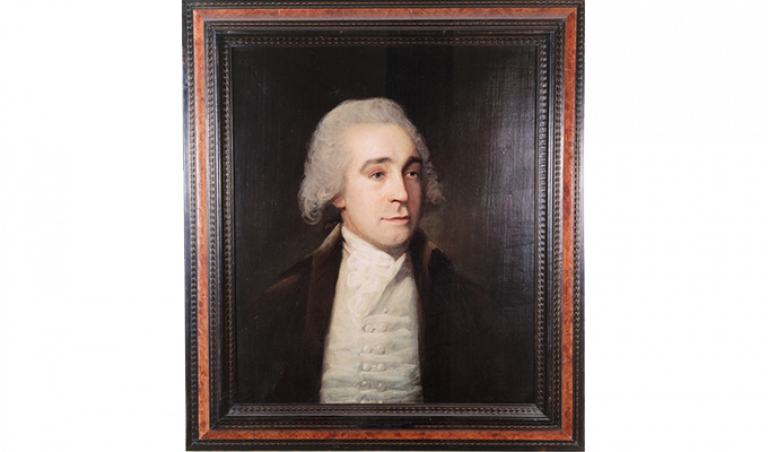 The Bentham Project, which is producing the new edition of The Collected Works of Jeremy Bentham, is delighted to announce that pre-publication versions of two forthcoming volumes in the edition are now available to download from UCL Discovery.

Writings on Political Economy, Volume III: Preventive Police, edited by Dr Michael Quinn, contains the fruits of Bentham’s collaboration in 1798-9 with the police magistrate Patrick Colquhoun in preparation of two Bills intended to reform the policing of the River Thames on one hand, and that of the whole country, with particular emphasis on London, on the other. The preparation of this volume has been made possible by a grant from the Leverhulme Trust.

Writings on Australia, edited by Dr Tim Causer and Professor Philip Schofield, consists of seven texts, four of which are made available for the first time. The preparation of these texts has been made possible by a grant from the Arts and Humanities Research Council.

‘New Wales’ (1791), written only months after Bentham first offered his ‘panopticon’ penitentiary—a design for a circular prison governed by the ‘central inspection principle’—to the Pitt administration, constitutes Bentham’s first serious engagement with Britain’s infant penal colony of New South Wales. ‘History of Jeremy Bentham’s dealings with Lord Pelham’ (1802), the then Home Secretary, consists of letters and documents compiled by Bentham which set out many of his grievances in regard to his treatment over the panopticon scheme during the previous decade, and in effect constitutes a history of the beginning of Bentham’s attack on New South Wales.

‘Letter to Lord Pelham’ (1802) is perhaps the earliest detailed critique by a major philosopher of punishment of the practice of transporting convicts to New South Wales. In ‘Second Letter to Lord Pelham’ (1802) Bentham continued his attack by presenting numerous examples to demonstrate the failure of New South Wales as an instrument of penal policy. ‘Third Letter to Lord Pelham’ (1802-3) saw Bentham extend his critique to the prison hulks and ‘improved prisons’ of England and Wales. In ‘A Plea for the Constitution’ (1802-3) Bentham examined New South Wales on point of law, and sought to demonstrate that the colony had been illegally founded. Finally, the incomplete ‘Colonization Company Proposal’ (1831) effectively constituted Bentham’s commentary upon the National Colonization Society’s proposal of August 1831 to found a colony in South Australia.

Transcripts produced by volunteers of Transcribe Bentham, the award-winning crowdsourcing initiative co-ordinated by Dr Louise Seaward of the Bentham Project, have been used in the preparation of texts for both volumes, and volunteers are fully acknowledged in the introductions.

These are preliminary versions of Writings on Political Economy, Volume III and Writings on Australia, in that the authoritative texts will appear as volumes of The Collected Works of Jeremy Bentham, with full Editorial Introductions, name and subject indexes, finalized annotation, and working cross-references. The volumes will be published in due course by the Clarendon Press.

The work of the Bentham Project, which is a British Academy Research Project, is overseen by the Bentham Committee, which was established as a committee of the Council of UCL in 1959. The current chair is Professor Jonathan Wolff (Oxford), and previous chairs have included Lionel Robbins, H.L.A. Hart, and William Twining.