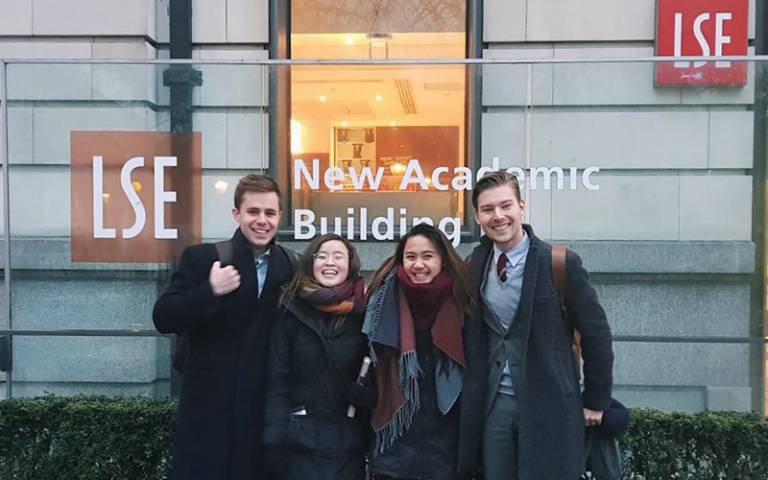 The two teams who represented UCL Laws have done well in the LSE-Featherstone Sexual Orientation & Gender Identity Moot competition. Having been ranked in top 40 teams based on their written submissions, both teams were invited to participate in the oral rounds which took place on 2-3 March 2018.

Dan Kulebiakin, Joseph Mahon, Adeline Tsui and Tiffany Cheung were part of one team which reached the Semi-Finals of the Competition, where they competed against Queen's University Belfast. After narrowly missing out a place in the Finals, they finished in the top 4 teams out of over 60 teams across the UK.

The moot competition ran alongside a wider event organised by the LSE Department of Law involving public panel discussions and workshops focused on issues of particular concern to SOGI minorities.

‘The moot was a really rewarding experience, especially since we were the only team comprised mostly of first-year students to break into the quarter-finals.’

Congratulations again to the two teams.