Blog post: The Fight Against FGM in the UK

Imogen Mellor, UCL Faculty of Laws LLM student, shares her views on the practice of FGM/C 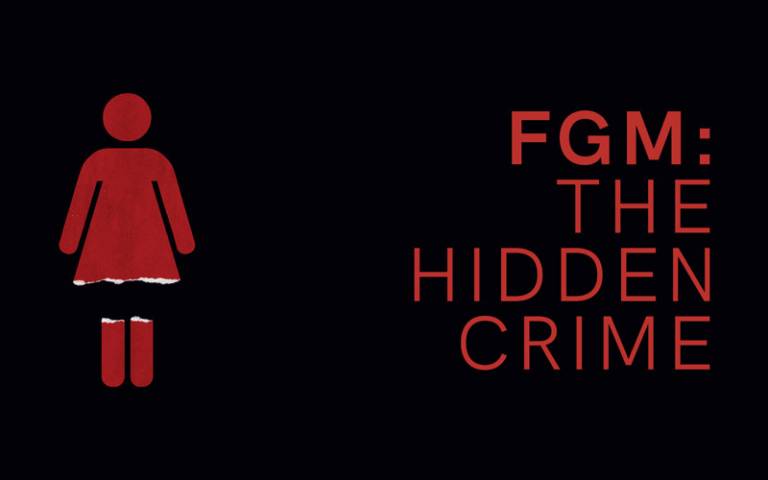 Female genital mutilation/circumcision (FGM/C) is the practice of the partial or full removal of female external genitalia. It has no medical benefits. It is unrelated to religion but informed by traditional societal and social norms. Such norms include marriage and the perception that cutting keeps women pure and prevents promiscuity.

2018 has been a big year for FGM legal cases in the UK. Two prosecutions were brought to court, both of which resulted in acquittals, despite legislation introduced under the Prohibition of Female Circumcision Act in 1985. In 2003, the Female Genital Mutilation Act repealed and re-enacted the 1985 Act. It amended the maximum sentence to 14 years’ imprisonment. The Serious Crime Act 2015 amended the 2003 Act to include FGM Protection Orders, with the intent to help prevent FGM from being practised. The Serious Crime Act also introduced Mandatory Reporting by teachers, health and social care professionals, who observe signs of FGM or are informed that a girl has undergone FGM.

According to City University, there are around 137,000 girls and women living with FGM/C in the UK and a further 144,000 girls and women at risk of FGM in the UK. Data from the Crown Prosecution Service has revealed that since 2010, there have been only 36 referrals of alleged FGM. The lack of any convictions is startling, considering the large number of victims. To those opposed to FGM, the two prosecutions brought a glimmer of hope that perpetrators are finally being held accountable, and this in turn could serve as deterrence to others considering practising FGM on young women and girls.

The lack of convictions inevitably raises questions: is our current law adequate in protecting women and girls against FGM? Should the law change to make it easier to convict perpetrators? The answer is not simple. There are numerous factors which make both detecting and convicting FGM difficult. Obtaining enough proof is one issue preventing prosecution: both cases brought this year fell down on inadmissible or lack of sufficient evidence. Girls are often scared to ‘tell on’ their parents or family. Perpetrators of FGM are increasingly aware of the risk of prosecution, and so take evasive action. Such action includes the rise of Type 4 FGM, which can be a smaller incision, prick or lesion. One of our speakers, Dr Charlotte Proudman, a barrister with a doctorate in FGM law and policy, has noted that Type 4 FGM is increasing as a means of performing FGM, without being as detectable as the other three types.

But whilst the lack of convictions raise these questions and in some cases, causes outrage, what we must acknowledge is that prevention of FGM is the primary goal. It is not just about prosecuting perpetrators after FGM has been carried out. Far more important is ensuring that girls can live without their bodily autonomy infringed; without suffering the numerous and severe physical and mental repercussions of FGM; and without feeling isolated from those around them. To this end, we cannot wait until after the event to step in.

And yes, I say ‘we’. When preparing for this panel discussion, I have noticed the common perception that FGM is a distant problem which is far-removed from the UK. But it happens here. It happens to girls and women who were born here. It happens to girls and women who come to live here. And even so, whether it is in this country or not, we must see that this is a crime, a breach of human rights and a severe form of child abuse. Whether it happens here or elsewhere, we can’t sit back and do nothing.

So how do we do something? And what do we do? Well, attitudes need to change so that we actively share the common goal of safeguarding and protecting girls from FGM. This includes everyone, from every community, gender, age, ethnicity and career sector. As clichéd as it might sound, the attitudes of every person can make a difference. When women sought the vote, it was of course important that women’s attitudes changed so that they felt it was worth fighting for their rights. But it also required a change of attitude in men. At the time, men were in the relevant positions to change the law. In much the same way, we should take the same attitude to FGM. It is not a fight for some, but should be fought by us all.

A recent panel discussion at UCL explored the issue of FGM through the lenses of three diverse speakers. All three perspectives are vital in ensuring that FGM is detected, prevented and, in time, prosecuted. Firstly, we need to have anti-FGM campaigners, such as the brave Hibo Wadere, one of our speakers, to raise awareness of the issue. She frequently educates social workers and schools: two key industries in which workers (and additionally, in the case of schools, the students) can detect and prevent FGM.

Secondly, active law enforcement is undoubtedly important: the police force investigates allegations and issues a number of orders to prevent FGM. Hence I was delighted to have Inspector Allen Davies, Scotland Yard’s FGM lead, on our panel.

Finally, academics and lawyers are vital in researching what the current status quo is and what needs to be done. Lawyers and judges are the implementers of the law. Their perspective can be imperative in ensuring that FGM law effectively prevents and prosecutes where necessary, and represents the demands of our current time. Dr Charlotte Proudman, our final speaker, combines both: holding a doctorate in FGM policy and law, and being a human rights barrister.

The coming together of all three speakers represents something bigger too. Their diverse yet equally important roles in tackling FGM demonstrate that all corners of society have an impact in this area. Perhaps a key take-away is that you, reader, whoever you are, can also help in the fight against FGM.