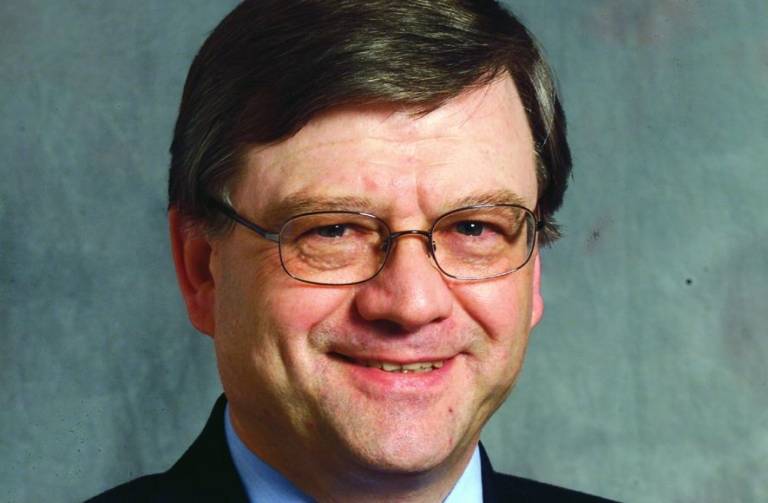 It is with great sadness that the UCL Faculty of Laws shares the news that our colleague, Professor Ian Fletcher, passed away on 21 July after a long illness.

Professor Fletcher had a most distinguished academic career. He was UCL Faculty of Laws Emeritus Professor of International Commercial Law, having joined the Faculty in January 2001. Prior to this, he was Professor of Commercial Law and Head of the Insolvency Law Unit, then Director of the Centre for Commercial Law Studies at Queen Mary and Westfield College, London University. He taught at the University of Aberystwyth from 1967-1991 before becoming Head of Department, then Professor of Law in 1986.

Professor Fletcher's academic work was highly relevant to legal practice, with which he had a close relationship. He was elected as a Bencher of Lincoln's Inn in 2003, and was an academic member of South Square Barristers' Chambers, Gray's Inn. He was appointed Queen's Counsel (Honoris Causa) in 2013.

Professor Fletcher's work had great impact, not just in the UK but globally. He was a world-renowned insolvency scholar, with his work informing policy-makers and shaping insolvency law for over 40 years.

‘Those of us who had the immense pleasure of working with Ian will always remember him as an outstanding teacher, an eminent scholar, but also as a most gentle, unassuming and collaborative colleague.  We are all in his debt for the enormous contribution he made to the Faculty, and he will be sorely missed.’

'Ian Fletcher will be remembered as an immensely supportive colleague who always found time to guide not only senior and junior scholars at UCL but also around the global academy. Generations of students sought him out and they will remember his generosity, particularly as someone who always found the time to listen to ideas and engage with them.'