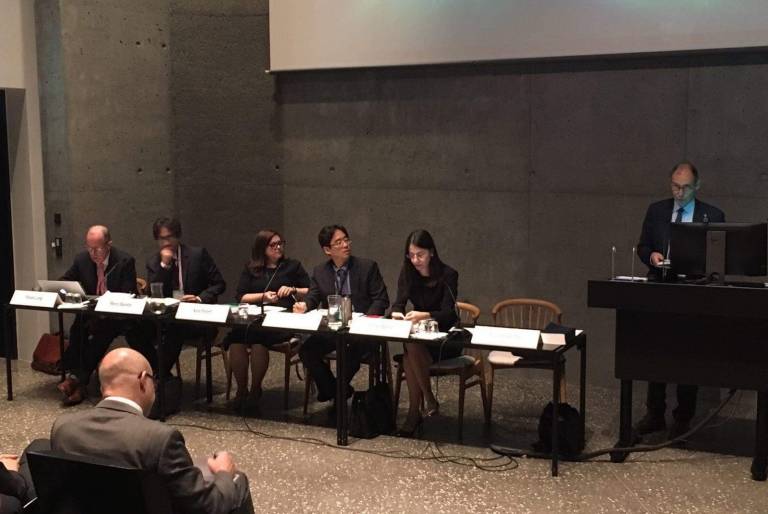 Dr Azaria’s research interests include dispute settlement and the law of the sea.  She teaches the LLM course on the International Law of the Sea at UCL Laws, and has been teaching at the Rhodes Academy of Oceans Law and Policy since 2017.  At the conference, Dr Azaria discussed how tribunals under the Law of the Sea Convention use ‘other rules of international law’. More specifically, she touched on the Chagos Archipelago Arbitration, the South China Sea Arbitration, the Arctic Sunrise Arbitration and the Duzgit Integrity Arbitration.