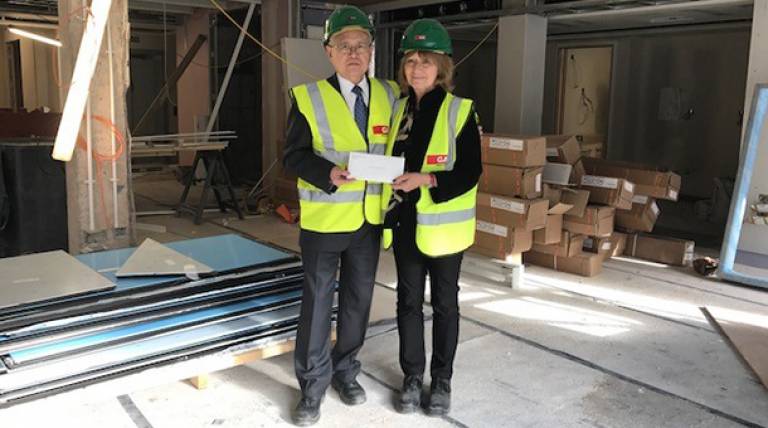 During the tour, Winston Chu was shown the new space for the re-sited Cissy Chu Common Room, which was originally established and named  in his mother’s honour in 2010.  The Bentham House redevelopment has provided the opportunity to create a larger Cissy Chu Common Room in the very heart of the new building as part of the student hub. During the tour Winston Chu most generously presented Professor Genn with a cheque for £100,000, a donation by The Vinson & Cissy Chu Charitable Foundation for the re-provisioning of the Common Room. 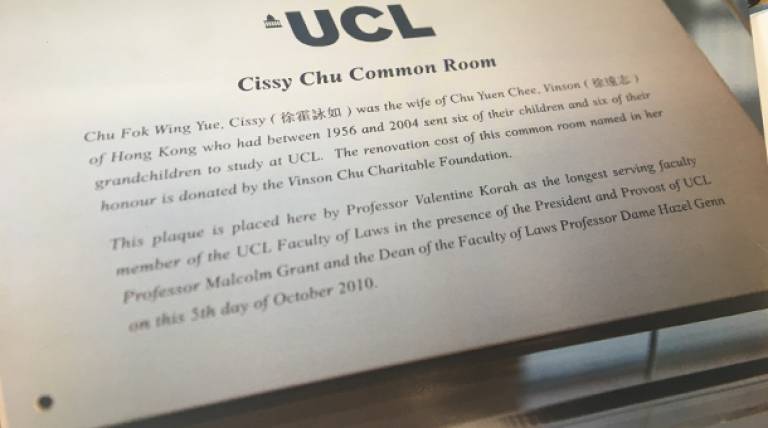 ‘Winston, and The Vinson and Cissy Chu Foundation, have long been great friends and supporters of UCL Laws, and this generous and significant gift will offer all students a bright, comfortable and welcoming social space within Bentham House to enhance their time studying with us.

We are delighted at the Faculty’s long lasting association with the Chu family, and it has been a real pleasure to show Winston the progress of the Cissy Chu Common Room and wider Bentham House development.

We look forward to welcoming Winston and his family back when the building reopens in 2018’.

‘The Vinson & Cissy Chu Charitable Foundation welcomes all to come and enjoy this Common Room in the new Bentham House.’

The original Cissy Chu Common Room was dedicated on 5 October 2010 with the following inscription within the room:

“Chu Fok Wing Yue, Cissy was the wife of Chu Yuen Chee, Vinson of Hong Kong who had between 1956 and 2004 sent six of their children and six of their grandchildren to study at UCL. The renovation cost of this common room named in her honour is donated by the Vinson Chu Charitable Foundation. 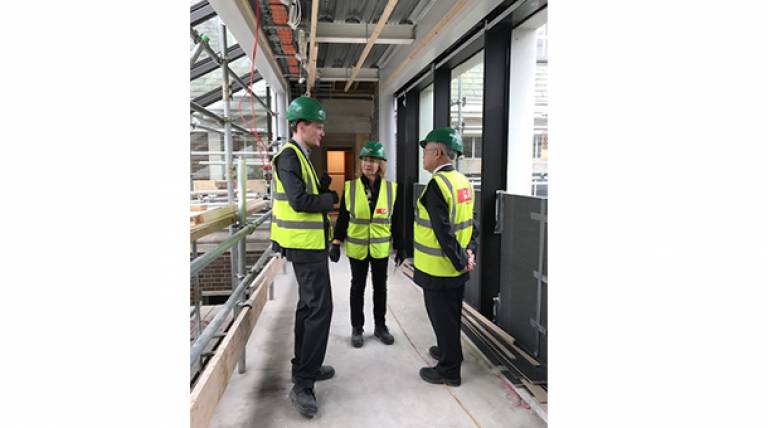 The redevelopment of Bentham House has been delivered by UCL Estates as part of Transforming UCL, the largest capital programme in the university’s history.

Transforming UCL will see substantial investment of over £1.2 billion over a 10-year period to refurbish and develop some of UCL’s most iconic buildings whilst also bringing forward new world class buildings. Together these will enable and support the University’s continued growth.