UCL Laws LLM students on a field trip to The Hague 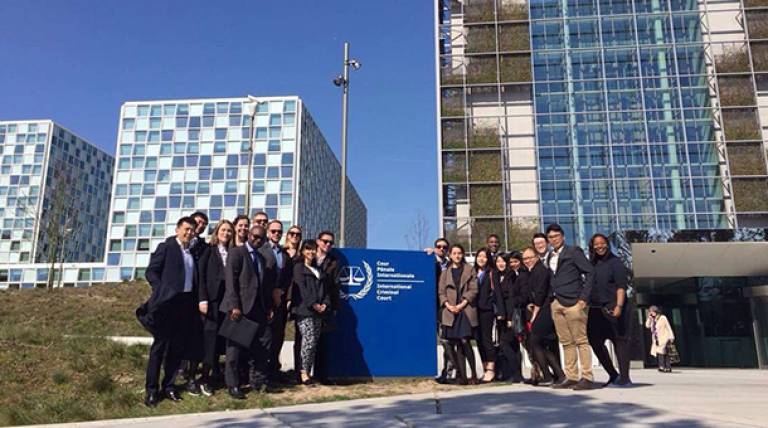 In addition, students were able to engage with high-level practitioners such as H.E. Judge James Crawford (ICJ) and H.E. Judge Howard Morrison (ICC) who gave insights into their daily work and recent developments in the field of international law. Fabricio Guariglia, Director of the Prosecutions Division at the ICC, spoke about the function of the ICC and it’s misperception in the media. At the PCA, students were not only informed about the increasing caseload and importance of the institution but were also delighted to meet former UCL Laws alumni who have successfully launched a career in international arbitration.

At the ICTY, the first international criminal tribunal since Nuremberg, the participants learned about the horrendous crimes committed in the Prijedor region in Bosnia and Herzegovina and the difficult but ultimately successfully task to bring the perpetrators to justice.

The trip was concluded by a visit to the youngest institution to be located in the Hague, the Kosovo Specialist Chambers (KSC), a hybrid court that was set up to prosecute crimes committed by the Kosovo Liberation Army and affiliated groups during the Kosovo war, including serious allegations of organ trafficking. After a stimulating Q&A session the panellists commended the students for their sharp questions and knowledge of international criminal law. 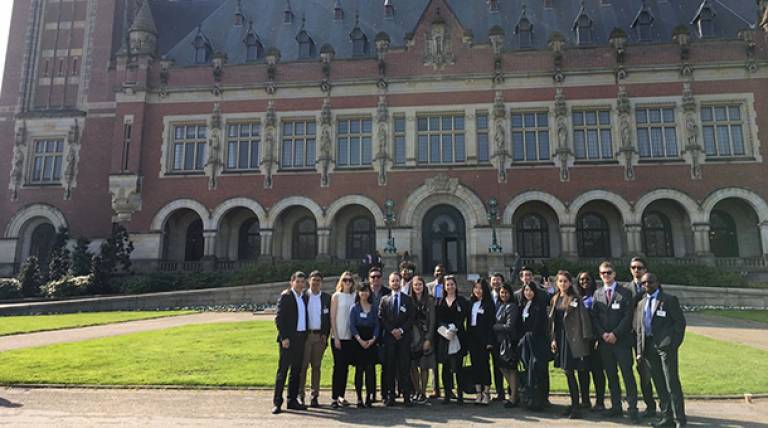 ‘After a year of studying international law in the classroom, it was very interesting to visit all the institutions and meet so many people, who actually make and practice international law. In addition, it was a great opportunity to spend some time with my colleagues outside of the classroom.’

The excursion was organised by the students and supported by a financial contribution from UCL Laws.

Image 2: LLM students students in front of the Peace Palace