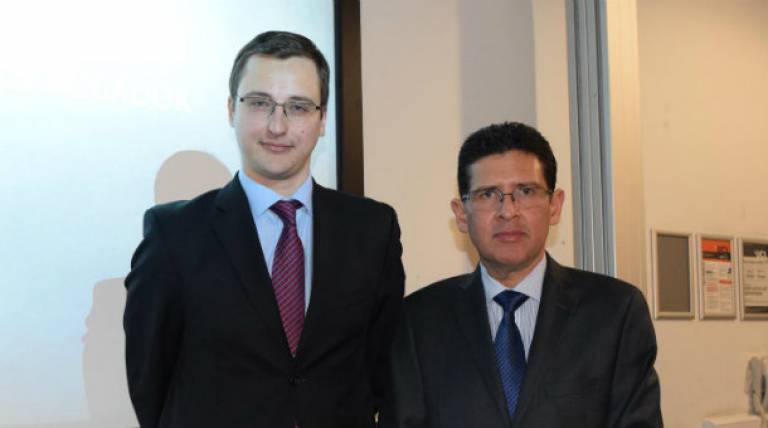 Dr Martins Paparinskis (above left), Reader in Public International Law and Director of Graduate Research Studies at UCL Faculty of Laws, has been selected as a Member of the Permanent Court of Arbitration (PCA) by Latvia.

Established in 1899 to facilitate arbitration and other forms of dispute resolution between states, the PCA has developed into a modern, multi-faceted arbitral institution that is now perfectly situated at the juncture between public and private international law to meet the rapidly evolving dispute resolution needs of the international community.

Read more information about the PCA, Members of the PCA, and the procedure of appointment.