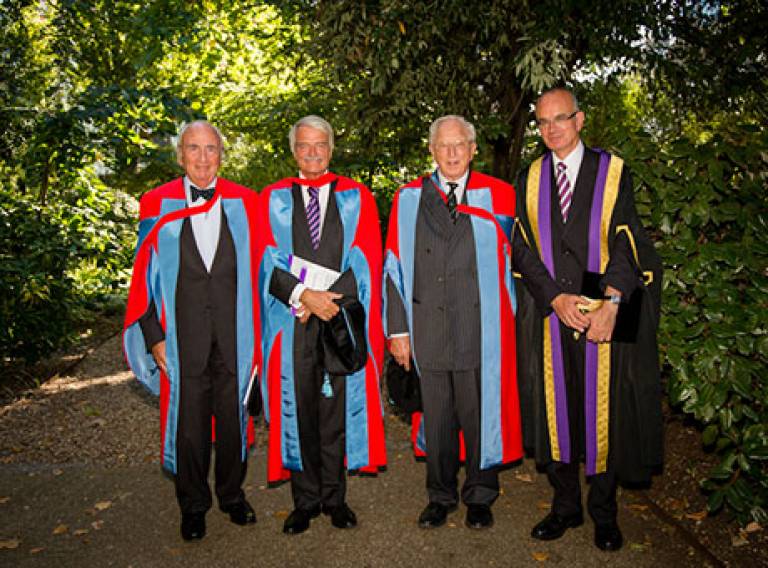 UCL Laws Honorary Professor, The Right Hon Lord Woolf, has been recognised in this year’s Queen’s Birthday Honours for his lifetime contribution to supporting the rule of law, human rights, prison reform and inter-faith dialogue.

Lord Woolf has been awarded the Companion of Honour, the highest award in the honours system. Citing his work to expose severe weakness in the British prison system in his 1991 eponymous report and referring to his continued support for the Prison Reform Trust, the honours committee highlighted Lord Woolf’s role in implementing substantial reforms to Civil Justice as Master of the Rolls and his commitment to promoting dialogue between Christians, Muslims and Jews through the Woolf Interfaith Institute, of which he is patron.

Lord Woolf’s relationship with UCL Laws began in the 1950s, when he came to UCL to study Law. In 1994, he became President of the Bentham Association, and in 2005, was appointed as Chair of the UCL Council, a position that he held until 2008.