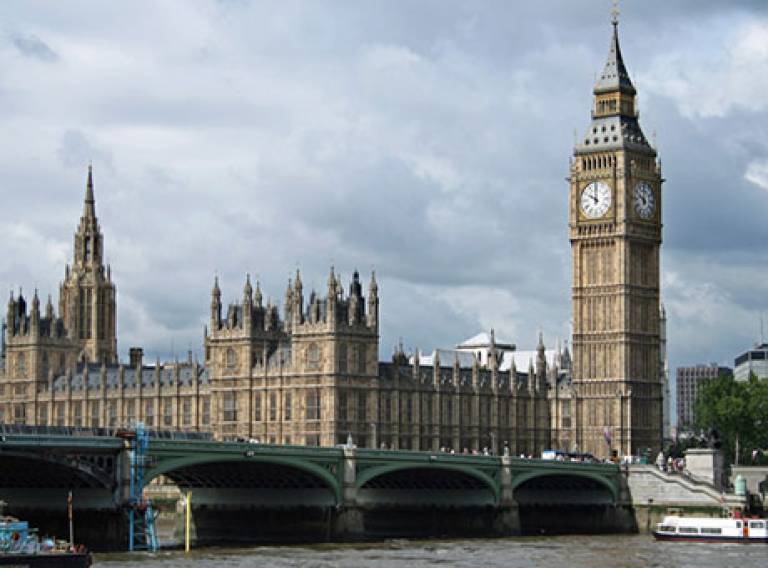 Dr Danae Azaria, Lecturer in Law, has given written evidence to the House of Lords Select Committee on Extradition Law concerning the law of treaties and the law of international responsibility in relation to the European Convention on Extradition (ECE).

In her evidence to the Committee, which was appointed to consider and report on the law and practice relating to extradition in the UK, Dr Azaria addresses the question as to whether the UK is permitted to make a reservation to Article 12(2) of the ECE, which states that when extradition is requested, only a limited number of supporting documents relating to the offence must be submitted by the requesting State. The envisaged reservation would require additional documents providing evidence, such as witness statements, to be requested.

Dr Azaria explains that although, in principle, such a reservation would be consistent with the object and purpose of the ECE, the late formulation of a reservation (in the years after the UK became party to the ECE), would render it invalid.

Modern practice, including that under the auspices of the Council of Europe, exceptionally recognises the validity of the late formulation of a reservation if it is unanimously accepted by other contracting States. However, Dr Azaria points out that in this case, a late formulation would not meet the narrow circumstances in which they have previously been accepted, and the acceptance of all other contracting States would still be required.

Dr Azaria also explained the effect of the reservation on the UK’s ECE relations with other contracting States, if the late formulation is unanimously accepted.

Dr Azaria also explained that even if an ECE party is not performing the treaty in good faith, under customary international law the UK remains bound by the ECE. Dr Azaria drew attention to the potential application of the ‘exceptio non adimpleti contractus’, but explained that this would not be available in relation to the ECE.

The only available responses open to the UK would be to pursue its entitlement to suspend the operation of the ECE, either fully or partly in its relationships with the defaulting State as long as the breach by the defaulting state is material, as a response under the law of treaties, or to suspend compliance with its international obligations under the ECE or another international obligation owed to the responsible State, as a countermeasure under the law of international responsibility.

However, Dr Azaria made clear that in order for countermeasures to be lawful, they would have to satisfy a number of conditions, each dependent on the circumstances of a particular case, and cautioned that if UK’s countermeasures are not lawful, their wrongfulness will not be precluded, and the UK would engage international responsibility.