Professor Jane Holder shortlisted for 2015 Law Teacher of the Year

Professor in Environmental Law, Jane Holder, has been named as one of the six finalists for the 2015 Law Teacher of the Year Award 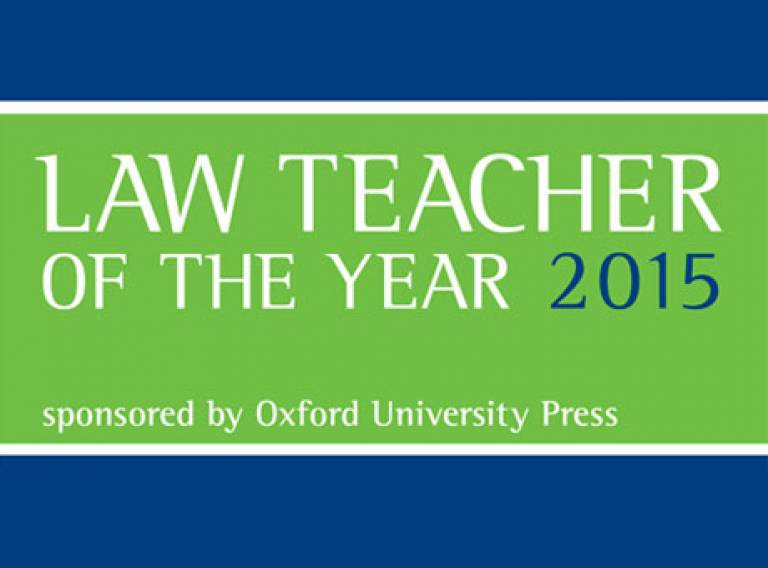 The award, which is sponsored by Oxford University Press, highlights the exceptional teaching taking place in law schools around the UK, and formally recognises the vital role played by law teachers.

Jane, who was also named as the winner of the ‘Outstanding Teaching’ category at the UCLU Student Choice Teaching Awards in May, will now join finalists from across the country in the rigorous second stage of the judging process, involving campus observations and interviews with students and colleagues.

As part of the judging process, each of the shortlisted candidates will have to demonstrate their active interest in and development of approaches to teaching that influence, motivate and inspire students to learn, a commitment to supporting the development of their students as individuals, as well as effective and engaging communication, and an involvement in scholarly activities that influence and enhance the learning of students and colleagues alike.

Current Law Teacher of the Year, Luke Mason, who is an Associate Lecturer in Jurisprudence at the University of Surrey, described the importance of the award: “there is something about acquiring legal learning that is a privilege, as a teacher you then have the additional privilege to communicate that knowledge. I am so grateful for this award’s existence, for drawing attention to the fantastic and valuable thing it is to be a law teacher”.

The winner of the 2015 Law Teacher of the Year will be announced at a special event in Oxford in February 2015.